Gagan Narang is one of India's senior-most shooters. 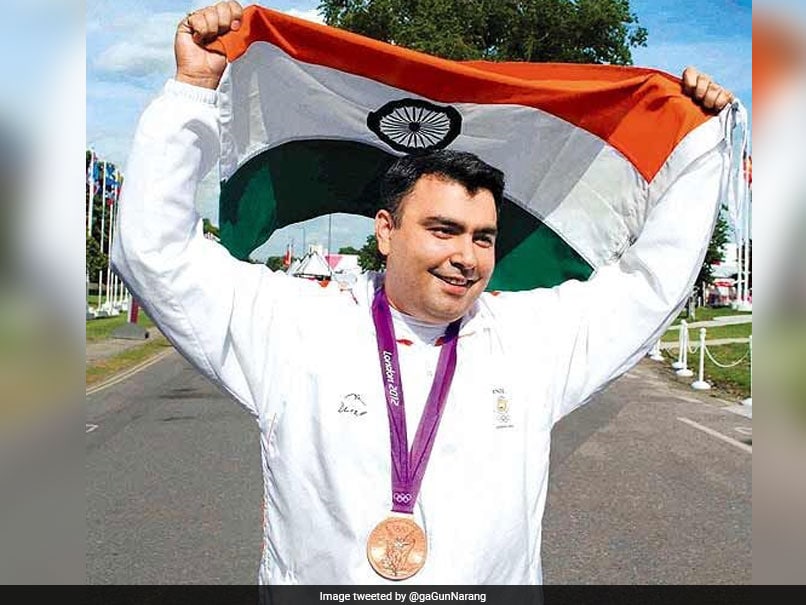 Gagan Narang is one of India's senior-most shooters© Twitter

However often we describe veteran India shooter Gagan Narang's domination in the shooting arena, it is not enough. The London Olympics bronze medallist, along with Jitu Rai and Apurvi Chandela, would be anchoring India's gold quest as part of the 27-member shooting squad for the Commonwealth Games. Narang, who will feature in his fourth Commonwealth Games, will aim to add more medals to his exclusive cabinet in the 50m rifle prone event at Gold Coast, Australia. The 34-year-old appeared in his first CWG in 2006 in Melbourne and went on to win four gold medals. In 2010, Narang continued his dominant show and again clinched four gold in four separate events in Delhi. Pairing with India's Beijing Olympics gold medallist Abhinav Bindra, he won the 10-metre air rifle event. In the men's 10 m air rifle singles event, he shot a perfect 600 to win gold which was a new record too.

His two other gold medals at the New Delhi Games came in 50-metre air rifle three position events in both paired and individual categories.

In the Commonwealth Championships 2017 held in Melbourne, Narang grabbed one silver medal in 50m rifle prone event. Narang's vast experience on the big stage makes him one of the biggest medal prospects for India.

Comments
Topics mentioned in this article
Gagan Narang CWG 2018 Shooting
Get the latest updates on India vs Australia Series, check out the India vs Australia Schedule for 2020-21 and Ind vs Aus live score . Like us on Facebook or follow us on Twitter for more sports updates. You can also download the NDTV Cricket app for Android or iOS.