Top Indian shooters Jitu Rai, Gagan Narang and Apurvi Chandela were on Tuesday named in the country's 27-member squad for the upcoming Commonwealth Games to be held in Gold Coast, Australia. 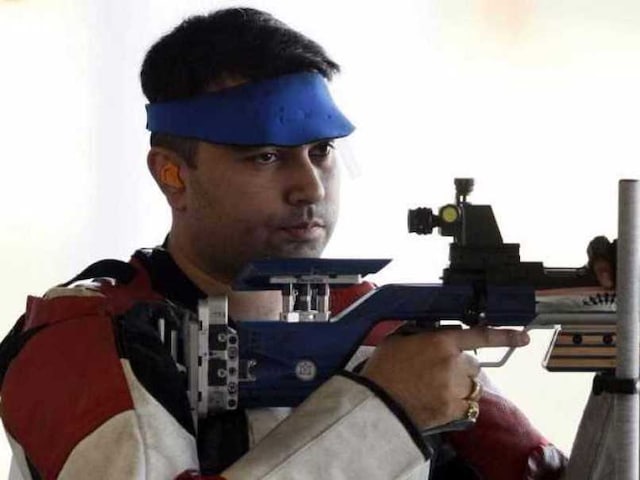 Top Indian shooters Jitu Rai, Gagan Narang and Apurvi Chandela were on Tuesday named in the country's 27-member squad for the upcoming Commonwealth Games to be held in Gold Coast, Australia. The National Rifle Association of India (NRAI) announced the full quota of 27 shooters (25 men and 12 women) after the Organising Committee of the Games reduced the country quotas across sports. India had fielded 30 shooters in the 2014 Glasgow Commonwealth Games and bagged 17 medals (4 Gold, 9 Silver, 4 Bronze). Though most of the disciplines will be held in Gold Coast, shooting will be held at the Belmont Shooting Centre in Brisbane from April 8 to 14. There will be nine men's and eight women's events in the three disciplines of rifle, pistol and shotgun.

Besides Rai and Narang, other top shooters among men include Sanjeev Rajput, Manvjit Singh Sandhu and Mohammed Asab.

In the 2014 Glasgow Commonwealth Games, Rai had won a gold in the men's 50m pistol event while Narang had bagged a silver and a bronze in the 50m rifle prone and 50m rifle 3 positionevents.

Among women, experienced Heena Sidhu, promising youngsters Mehuli Ghosh and Manu Bhakar have also been named along with Chandela.

Chandel had won a gold in women's 10m Air Rifle event in Glasgow.

"We have gone strictly by performance and merit as usual. For the Commonwealth Games, given the reduced quotas it was tough to have to leave out a few shooters who had shot consistently well over the considered period and we went for consistent top ranks across multiple events," NRAI President Raninder Singh said.

"We believe we have a quality squad to match up and even better our performances of yesteryears. There are some exciting and extremely talented youngsters who will rub shoulders with established seniors and I am sure they will come out better with the experience," he said.

The NRAI also named squads for the six International Shooting Sport Federation World Cup stages of this year. The junior shooters who have made it to the Commonwealth Games squad have not been selected for the Junior World Cups in view of the importance attached to the CWG.

The IOA also appointed three team managers to accompany Sisodia and help him in the day-to-day duties during the Games.

"Mr Sisodia, who will be embarking on this major assignment, is currently the Joint Secretary of IOA. The three team managers will help Mr Sisodia in the execution of day-to-day duties during the Games," the IOA said in a release. Sisodia is also currently the president of Chhattisgarh State Tennis Association.

The 21st Commonwealth Games will be held from April 4 to 15 in Gold Coast, the second largest city in Australia.

IOA President Narinder Dhruv Batra said he's confident that the four officials would discharge their duties and do a good job during the Games.

"I am sure they would take good care of the Indian contingent. I wish them all great Games," Batra said.

IOA Secretary General Rajeev Mehta said, "Though the job is new to Mr Sisodia and his team of officials, I know their capabilities as administrators. I am quite assured they would discharge their duties to the satisfaction of all concerned."

Comments
Topics mentioned in this article
Gagan Narang Jitu Rai Shooting
Get the latest updates on IPL 2020, check out the IPL Schedule for 2020 and Indian Premier League (IPL) Cricket live score . Like us on Facebook or follow us on Twitter for more sports updates. You can also download the NDTV Cricket app for Android or iOS.