India will be hoping to have a golden end to their men's hockey quest at Gold Coast. 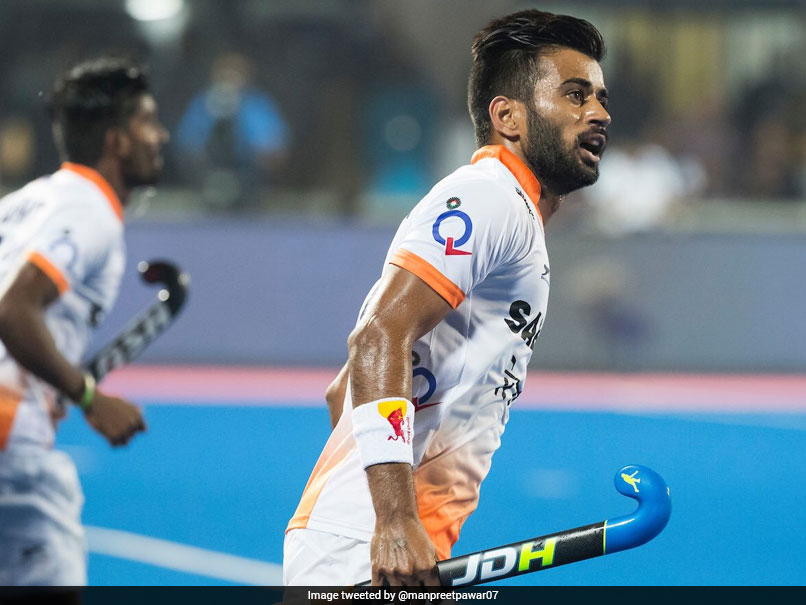 The Indian team will be led by Manpreet Singh© Twitter

The year 2018, is going to be a landmark year for the Indian hockey team as they will be competing in major tournaments like the Commonwealth Games, Asian Games, Champions Trophy and the World Cup. Coach Sjoerd Marijne decided to drop experienced campaigners like Ramandeep Singh and Sardar Singh to put his faith in the youngsters to ensure a CWG gold medal finish at Gold Coast, Australia, next month.

Sardar, who was recalled to captain the side for Sultan Azlan Shah Cup recently, did not make the cut because fitness is the way forward for Indian hockey according to the selectors and coach.

In the absence of Sardar, the team will be led by Manpreet Singh, who guided India to an Asia Cup win and also helped them secure bronze HWL final last year.

This Indian team boasts of a sturdy defence, potent strikers but the only chink in their armour is the poor conversion of penalty corners. However, with analytical coach Chris Ciriello at their disposal, we can hope to see a change in India's fortunes in Australia.

India have been drawn in Pool B alongside England, Malaysia, Pakistan and Wales. The top two teams from each pool advance to semi-finals while the teams that finish third to fifth in each pool head to classification rounds.

India face a stern test against England. However, against the likes of Malaysia, Pakistan and Wales, they can expect wins.

In Pool A, Australia and New Zealand are expected to advance based on their world ranking. India, in all likelihood, will face New Zealand if they top their group or then face favourites Australia, if they finish second.

India have faced Australia in the previous two finals of the CWG and ended up with the silver medal. However, this time, under their 25-year-old captain, a gold-medal finish is a possibility.

The Games are set to begin on April 4, while Manpreet Singh and his boys will begin their campaign on April 7 against arch-rivals Pakistan.

Comments
Topics mentioned in this article
India Hockey CWG 2018
Get the latest updates on India vs England Series, India vs England , live score and IPL 2021 Auction . Like us on Facebook or follow us on Twitter for more sports updates. You can also download the NDTV Cricket app for Android or iOS.