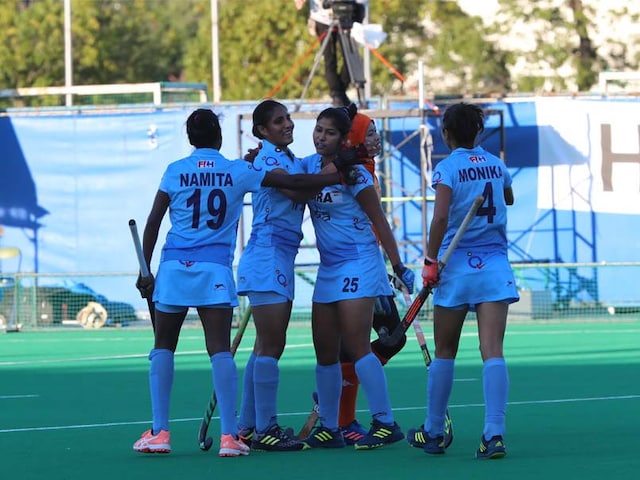 Indian shooter Heena Sidhu won gold in the women's 25 metre Pistol event at the 21st Commonwealth Games (CWG). Heena notched up a new CWG record of 38 points in the final to take the title in style Elena Galiabovitch of Australia scored 35 to take silver while Malaysia's Alia Sazana Azahari got bronze with 26. Indian boxer Amit Panghal entered the semi-finals of the men's light flyweight (49 kilogram) category. Amit defeated Aqeel Ahmed of Scotland 4:1 in the quarter-finals. Amit has now ensured a medal for India as those in the last fourth stage are assured of a place on the podium. Indian shooters Chain Singh and Gagan Narang failed to ensure any medals in the men's 50m Rifle Prone event at the 21st Commonwealth Games (CWG). Chain finished fourth with a score of 204.8 points in the final round. Gagan was second from bottom in the eight-man final with 142.3. David Phelps of Wales won the gold medal with a new CWG record of 248.8. Neil Stirton of Scotland took silver with 247.7 while England's Kenneth Parr got the bronze with 226.6.

Indian quarter-miler Mohammad Anas registered a national record but that was not enough to give him a podium finish in the men's 400 metres. Reigning Asian champion Anas finished the race in 45.31 seconds to improve on his own national record mark, while the bronze medallist of the event, Javon Francis delivered a season best with a timing of 45.11 seconds. The Indian women's hockey team defeated South Africa 1-0 in its final Pool A game on Tuesday to enter the semi-finals of the event (MEDALS TALLY)

18:00 IST: That's it from us. Do join us tomorrow for the live updates  of Commonwealth Games. Adios!

HT| The Indian Eves dominate the possessions at the end of the first-half. However, the much-needed opening goal is yet to come as the proceedings move on to the second half. #IndiaKaGame #HallaHockeyKa #GC2018 #INDvRSA pic.twitter.com/AbwHhvnC7l

Nothing motivates us better than these #Golden mornings!#ThankYou @HeenaSidhu10 on winning us our latest Gold from #GC2018Shooting Women's 25m Pistol Finals! Many #Congratulations on the new #GamesRecord you have to your name. No doubts you've made us proud! #TeamIndia pic.twitter.com/dg5lha95mo

11:23 IST: SHOOTING: India's Heena Sidhu to battle it out for gold against Australia's Elena Galiabovitch in women's 25m pistol finals

10:48 IST: BOXING: India's Naman Tanwar is in action against Frank Masoe of Samoa in Men's 91kg quarter-finals. If he wins, he will be assured of a medal.

08:50 IST: SHOOTING: Disappointing end to India's 50m Rifle Prone event as Chain Singh is also eliminated. No medal for India in this discipline.

08:40 IST: After 12 shots, Chain Singh moves up to second place, Narang in seventh and in danger of elimination in 50m Rifle Prone finals.

Our Favourites today...@HeenaSidhu10 and #AnnuSingh have qualified in the Women's 25m Pistol Qual. Rapid to compete in the Finals of the #GC2018Shooting #Heena scored 579 whereas #Annu totaled 584, third & the second best scoring in the Qualification Rounds. #AllTheBest pic.twitter.com/s7aNRGbkUo

FT. The Indian Men's Hockey Team seal a spot in the Semi-Finals of the men's hockey event at the @GC2018 Commonwealth Games with a steely show against Malaysia in their third game of the competition on 10th April.#IndiaKaGame #HallaHockeyKa #GC2018 #INDvMAS pic.twitter.com/GAE3kihB75

06:50 IST: Hello and welcome to the Live updates from Day 6 of the Commonwealth Games 2018 in Gold Coast, Australia.

Apart from the medals, there were several other good results worth celebrating, a prominent one being Muhammed Anas Yahiya advancing to the 400m men's final after clocking 45.44sec in the semifinals. The Indian topped the list ahead of Jamaica's Rusheen McDonald. Also entering the final of a track and field event was high jumper Tejaswin Shankar, who finished a joint fifth in group A and ninth overall. The Indian cleared 2.21m in final analysis after starting out at 2.10m. None of the competitors in fray could touch the official mark set at 2.27m with 2.21m being the best effort by the top 12, who made the cut for the finals scheduled on April 14. In the 400m women's event, Hima Das qualified for the semifinals after finishing third in her heat. In the boxing ring, Gaurav Solanki (52kg) and Manish Kaushik (60kg) advanced to the quarterfinals of their respective victories after winning their last-16 stage bouts.

There were disappointments too. In the 10,000m women's final, L Suriya recorded a personal best of 32:23.56sec but ended 13th overall, while shot-putter Tejinder Singh was eighth in the final with a best throw of 19.42m.

Comments
Topics mentioned in this article
CWG 2018 India Other Sports Gagan Narang Jitu Rai Shooting
Get the latest updates on IPL 2020, check out the IPL Schedule for 2020 and Indian Premier League (IPL) Cricket live score . Like us on Facebook or follow us on Twitter for more sports updates. You can also download the NDTV Cricket app for Android or iOS.