Saina Nehwal's father Harvir Singh and PV Sindhu's mother Vijaya Pusarla were among the 15 officials/non-athletes who were cleared to travel with the Indian contingent for 2018 CWG at no cost to the government. 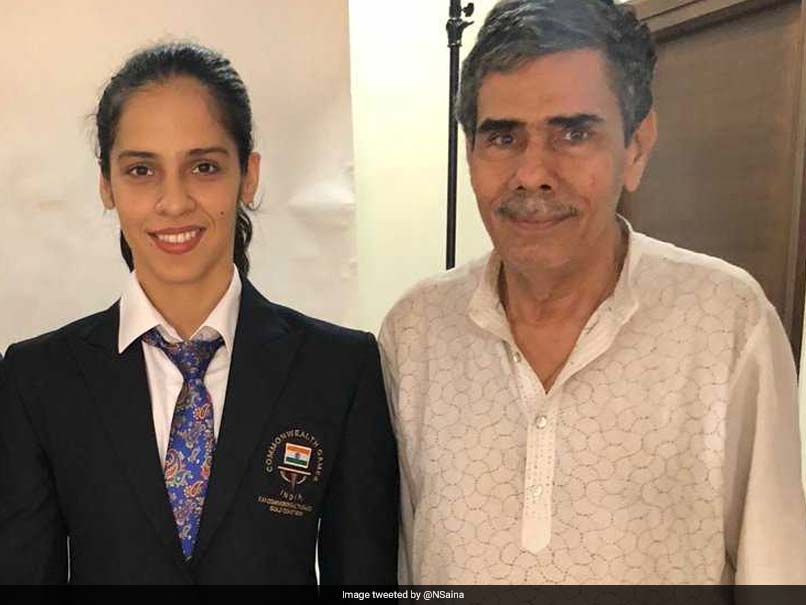 Saina Nehwal vented her anger on Twitter after her father's name was cut from the team's officials list.© AFP

Sania Nehwal vented her anger in a series of tweets, claiming that her father Harvir's name was removed from the Indian team's officials list for the 2018 Commonwealth Games, which meant that he would not be allowed entry to the Games village or see any of her matches. The Sports Ministry had earlier cleared the names of Saina's father and PV Sindhu's mother to travel with the Indian contingent at no cost to the government. However, the Indian badminton star tweeted that after the reaching the Games village, she found out that her father's name was cut off from the list.

Sindhu's mother Vijaya Pusarla and Saina's father Harvir Singh were among the 15 officials/non-athletes who were cleared at no cost to the government.

According to the revised list provided by the Indian Olympic Association website, India have sent a 326-member contingent, including 218 (including eight para-athletes) athletes, for the 2018 Commonwealth Games at Gold Coast, Australia starting on April 4.

Comments
Topics mentioned in this article
Saina Nehwal PV Sindhu Badminton CWG 2018
Get the latest updates on T20 World Cup, check out the T20 World Cup Schedule and Live Score . Like us on Facebook or follow us on Twitter for more sports updates. You can also download the NDTV Cricket app for Android or iOS.