Boxing: Amit Panghal stormed into the final of men's 52kg of the World Boxing Championships. 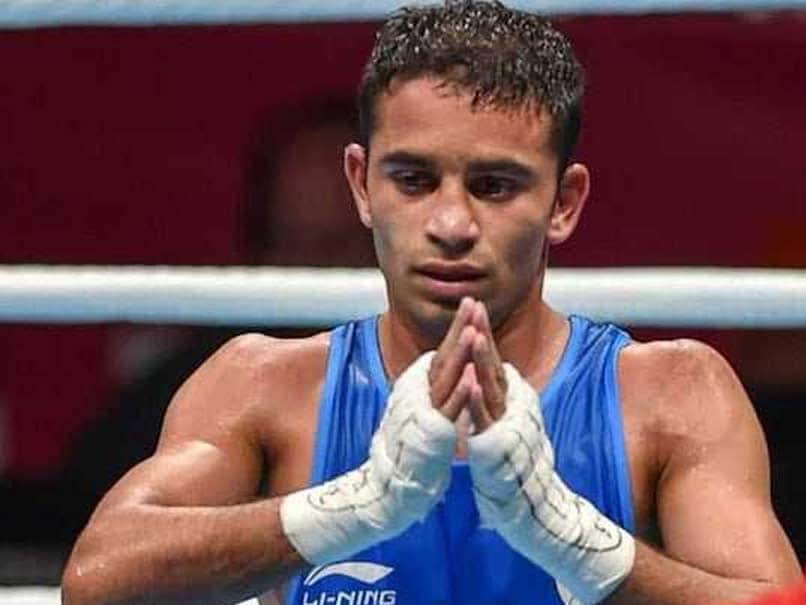 Amit Panghal stormed into the final of men's 52kg World Boxing Championships by beating Saken Bibossinov by split decision 3:2 on Friday. In the other bout, Manish Kauhsik lost to Andy Cruz of Cuba by unanimous decision 0:5 as he finished the tournament with a bronze medal. Amit Panghal will now face Shakhobidin Zoirov in the final as the Indian boxer looks to create history by becoming the first male boxer to win a gold in  the prestigious tournament. Shakhobidin Zoirov defeated Billal Bennama of France to seal a place in the final of the tournament.

Comments
Topics mentioned in this article
Live Blogs Boxing
Get the latest updates on IPL 2021, check out the IPL 2021 Schedule and Indian Premier League Live Score . Like us on Facebook or follow us on Twitter for more sports updates. You can also download the NDTV Cricket app for Android or iOS.