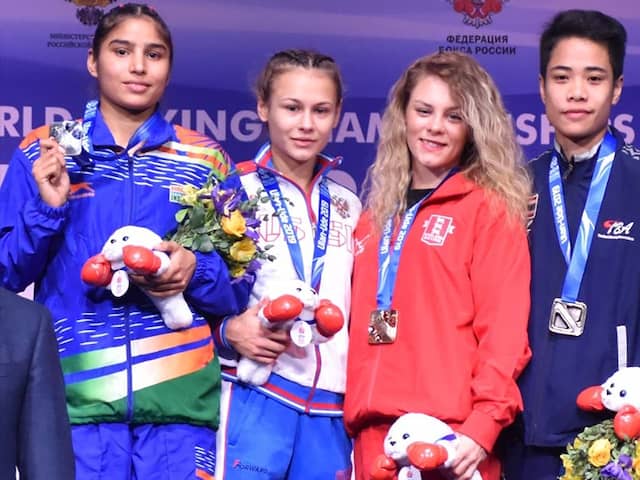 Manju Rani took home the silver medal at the Women's World Boxing Championships after losing to Ekaterina Paltceva of Russia in the 48kg category final on Sunday. Rani, who was in the red corner, lost 1-4 to her second seeded opponent. Sixth-seeded Rani had earlier defeated Thailand's Chuthamat Raksat 4-1 in her semifinal bout. Rani, who hails from Haryana, made the national camp only this year. Manju Rani was the only Indian to make the finals in this edition of the World Championships.

Manju Rani started off slowly and struggled to get past Ekaterina Paltceva's defence. The Russian was quick on her feet and was regularly connecting her left jabs in the first round. Rani improved in the second round, using her reach well to connect more punches.

The third round saw both boxers taking a more cautious approach. Both Rani and Paltceva engaged in quite a bit of clinching, and the referee needed to intervene a few times.

In the end, Paltceva was declared the winner in front of her home crowd.

The 19-year-old was the first Indian woman boxer since Mary Kom to make it to the finals of the World Boxing Championships on debut.

Boro went down 0-5 to top seed and former Asian Games bronze-medallist Huang Hsiao-Wen of Chinese Taipei in the 54kg category.

Borgohain (69kg) squared off against China's Yang Liu and put up a strong fight but was beaten 2-3.