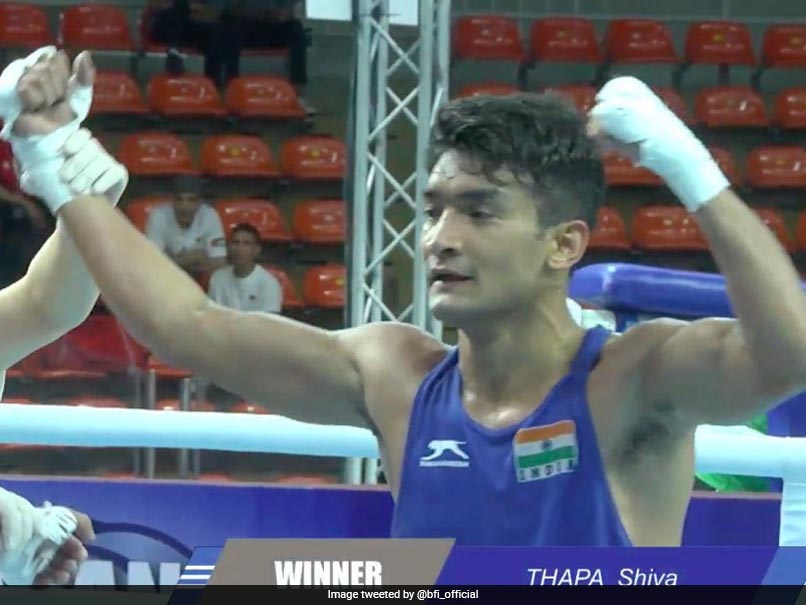 Shiva Thapa will be up against Kazakhstan's Zakir Safiullin in the semi-finals.© Twitter

Shiva Thapa on Tuesday became the first Indian boxer to be assured of a fourth successive medal at the Asian Championships after he advanced to the semifinals in Bangkok. The 25-year-old from Assam defeated Thailand's Rujakran Juntrong in a one-sided lightweight (60kg) contest. He prevailed 5-0 and has a tough semifinal lined up against Kazakhstan''s Zakir Safiullin, a silver-medallist from the 2015 edition. Thapa won a gold in 2013, a bronze in 2015 and a silver in the 2017 edition of the marquee continental event.

Joining him in the last four was Ashish Kumar (75kg), who got the better of Kyrgyzstan''s Omerbek Uulu Behzhigit, also a unanimous verdict.

Thapa, who is also a former world championship bronze-medallist and a two-time national champion, opened the proceedings for India and got busy immediately.

The Indian had a spring in his step as he went about dismantling his clueless opponent.

The technically superior Thapa also seemed to have added some more power to his punches and an aggressive streak which his rival found tough to deal with.

Ashish, on the other hand, was locked in a messy contest with Bekzhigit but was clearly the more accurate of the two boxers, finding favour with all the five judges.