Indian boxers continued their commanding performance at the Thailand International Tournament in Bangkok. 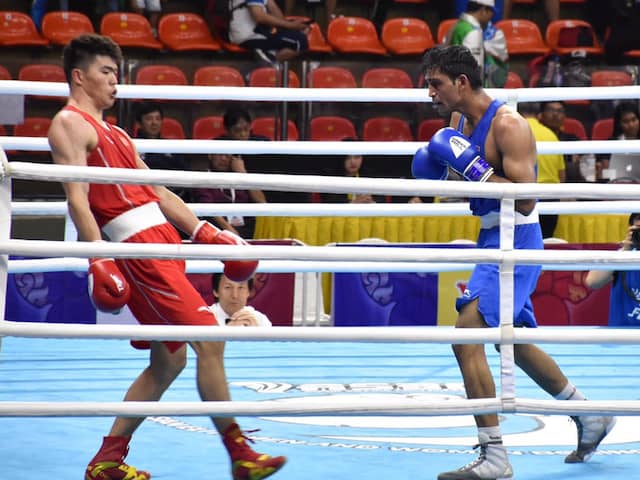 Former junior world champion Nikhat Zareen (51kg) and Asian silver-medallist Deepak Singh (49kg) were the prominent ones to assure themselves of medals on Wednesday as Indian boxers continued their commanding performance at the Thailand International Tournament in Bangkok. Nikhat, also an Asian Championships bronze-medallist, recorded a 5-0 triumph over Uzbekistan's Sitora Shogdarova. In the men's draw, Deepak took barely a couple of minutes to leave his rival Samak Saehan of Thailand with a bloodied forehead, forcing a stoppage in the first round itself.

"The bout went well for me and I think my game is coming together very nicely," Nikhat told PTI from Bangkok.

Ashish defeated Jamaica's Joshua Frazer 5-0, putting in a dominating performance. Husammuddin also toyed with his Korean rival Lee Yechan before fetching a 5-0 verdict, putting on quite a show with his attacking game.

Brijesh, on the other hand, had to toil a bit to edge past Thailand's Jakka Pong Yomkhot 4-1.

But Manju had no trouble out-punching Italy's Roberta Bonati in the women's draw. The Indian won on a unanimous decision.

However, Asian silver-medallist Manisha Moun (57kg) lost to Russia's Luidmila Vorontsova in a unanimous verdict to sign off without a medal at this event.