Sports Minister Kiren Rijiju shared a video in which Mary Kom can be seen motivating young players in a bus while seeing them off for the Khelo India Youth Games 2020. 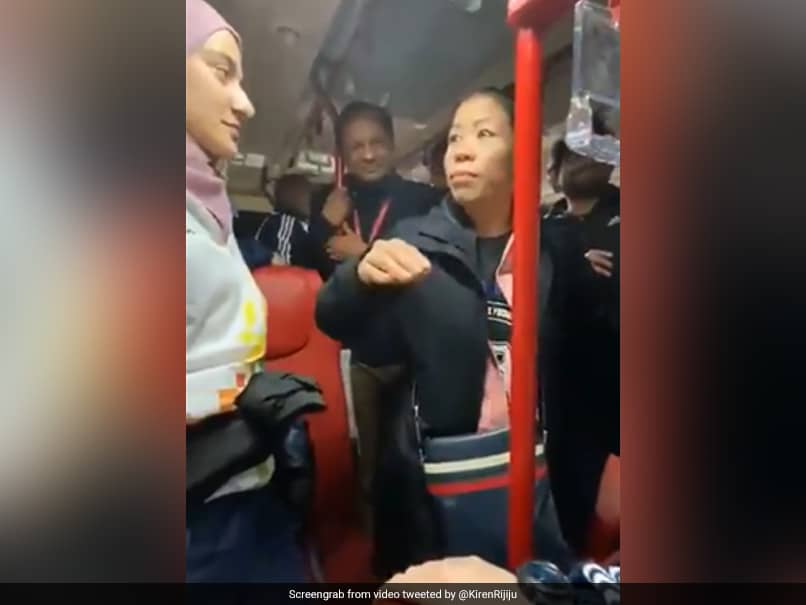 Mary Kom, who sealed a place in the Indian team for the 2020 Olympic qualifiers, motivated young players while seeing them off in a bus for the Khelo India Youth Games 2020 in Guwahati. Sports Minister Kiren Rijiju took to Twitter to share a video where Mary Kom can be seeing talking to the youngsters and cheering them up. "Look how legendary Indian Boxer Mary Kom @MangteC motivated the young players in the bus while seing off the players for #KheloIndiaYouthGames2020 at Guwahati," Kiren Rijiju tweeted.

Look how legendary Indian Boxer Mary Kom @MangteC motivated the young players in the bus while seing off the players for #KheloIndiaYouthGames2020 at Guwahati. Thank you once again @flyspicejet for providing a unique flying experience to the young athletes! pic.twitter.com/DYpwKjvT4A

Mary Kom (51kg), six-time world champion, had defeated Nikhat Zareen in a split verdict trial bout to make the Indian team for Olympic qualifiers scheduled to be played in China.

After the bout, Mary Kom refused to shake hands with Zareen and later said that she doesn't like people with such nature.

"Why should I shake hands with her? If she wants others to respect her then she should first respect others. I don't like people with such nature. Just prove your point inside the ring, not outside," Mary Kom had said.

The controversy between the two boxers began when Nikhat Zareen asked for a trial bout against Mary Kom.

Zareen had written to the Sports Minister asking for a fair chance back in October 2019 after the Boxing Federation of India hinted that there will be no trials for the 51 kg category and Mary Kom will be their automatic selection.