It was called the phantom punch. It knocked out a former heavyweight champion in the first round. It was landed by the man Sports Illustrated termed 'The Sportsman of the Century', Muhammad Ali. 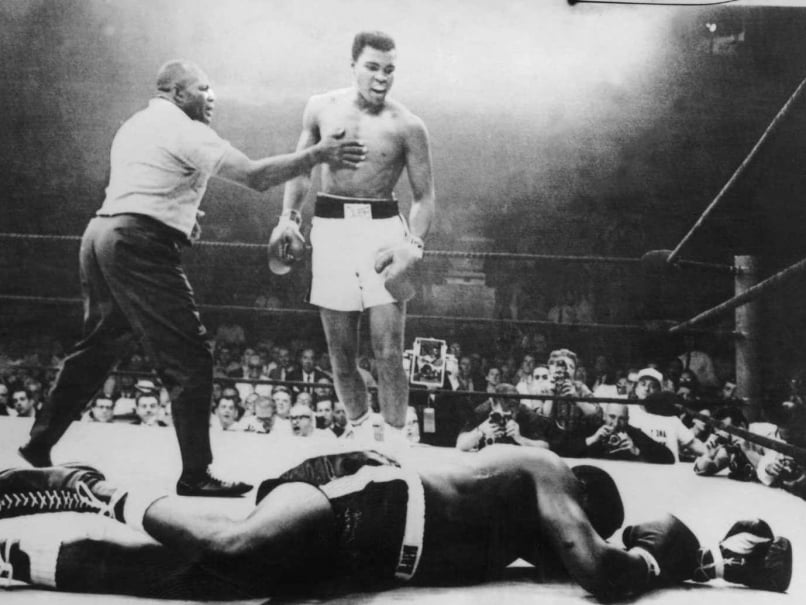 Muhammad Ali stands over Sonny Liston during their iconic fight on May 25, 1965.© AFP

I wake up every day to this picture. It's hung up on my wall. It's one of the most iconic images in sporting history. It's what charged my passion for Boxing. But the story it tells may not be true. Muhammad Ali said he 'shook up the world' after beating Sonny Liston in their first fight. In the second, Ali said something but only to his corner and his fallen opponent.

Here are 7 reasons to believe that Ali's 'Phantom Punch' wasn't actually enough to knock down his opponent Sonny Liston and that Liston actually threw the fight in the first round on the 25th of May in 1965, 50 years ago.

1. Liston dived because his wife and son had been kidnapped.

Paul Gallender, the author of 'The Real story behind the Ali-Liston fights' and a man who spent 35 years researching and writing the book, said 'On the day of the fight a nation of Islam members loyal to Ali but without Ali's knowledge cause he would have never signed off on something like this, they held his (Sonny Liston's) wife and son, one of the sons he fathered out of wedlock against their will and got to Sunny and said look if you want to see them alive then you're going to have to throw this fight'

2. The punch was called the phantom punch because nobody saw it

Many experts agree the Ali punch that knocked out Sonny Liston wasn't a punch that could knock out a former heavyweight boxer. The press dubbed the punch as 'the phantom punch' because no one saw it. Footage reveals that Ali did make contact but many experts don't believe it was strong enough. Hall of famer announcer Don Dunphy said 'if that was a punch, I'll eat it.'

3. Ali asked Sonny to get up after he fell

There are two versions of what Ali said to Sonny when he fell. Paul Gallender, the author of 'The Real story behind the Ali-Liston fights' says Ali shouted at Liston saying - 'Get up you yellow bum, nobody will believe this'.

Footage from the event shows Ali in the ring asking his entourage, 'Did I hit him?' . Ali also told Nation of Islam minister Abdul Rahman that Liston 'laid down'.

5. The FBI believed the first fight between Ali and Liston was fixed

This does not indicate that Liston dived in the 2nd fight but certainly raises doubts about the legitimacy of it. In an HBO documentary, Former FBI agent William F. Roemer Jr is quoted saying about the 2nd questionable 1st round knock-out fight 'We learned that there very definitely had been a fix in that fight."

6. Liston owed money to the Mafia

In the same documentary about Liston, Johnny Tocco, the owner of a boxing gym in Las Vegas says he spoke with mobster John Vitale before the bout and was told 'the fight was going to end in the first round'

7. Reports have it that Liston admitted to going down

Mark Kram of Sports Illustrated said Liston told him: "That guy [Ali] was crazy. I didn't want anything to do with him. And the Muslims were coming up. Who needed that? So I went down. I wasn't hit."

Less than 5 years after that mysterious punch in what was probably the most controversial fight of all time Sonny Liston was found dead in his Las Vegas home. The mysterious punch had followed a mysterious death. One of the theories was that the mob which had promised him money for throwing the Ali fight didn't pay up and Liston threatened to go public. That got him killed.

Interestingly, Liston's headstone bears the simple epitaph 'A man'. The question is whether that epitaph was chosen because his family knew Liston had dived and done what any man would if his family was being threatened?

Whatever the answer, 50 years later, the mystery of the phantom punch remains unsolved. Nevertheless, Ali would still probably have gone on to become what he calls himself 'the greatest'.