Kidambi Srikanth had a champagne year while PV Sindhu decisively was ahead of Saina Nehwal in their race. 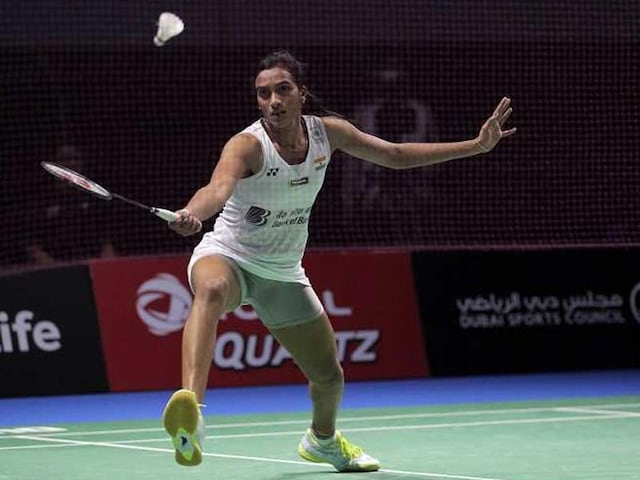 The year 2017 will be remembered as a game-changer for Indian badminton. The year when India moved from strength to strength and scaled new heights seldom reached before. Till the start of 2017, there were just two names that were on the fans' lips -- Saina Nehwal and PV Sindhu. But all that changed this year and how. The country welcomed a new star -- Kidambi Srikanth -- who with his performances showed that Indian male shuttlers can be just as competitive as the women at the biggest stage. From being rank outsiders, Indians suddenly went into tournaments believing they could win and this was clear to see from the performances of the likes of Srikanth, HS Prannoy and Sai Praneeth.

While the year undoubtedly belonged to Sindhu and Srikanth, Prannoy and Praneeth did a remarkable job by gaining massively in the rankings and put in solid performances.

Besides breaking into the top 10, Prannoy beat some big names like Lee Chong Wei, Chen Long and Lin Dan. He reached the semi-finals of the French Open and even beat Srikanth in the Nationals.

The year 2017 also saw history being made. For the first time as many as five Indian shuttlers entered the top 20 of BWF singles ranking. The rankings, though, did see a change with Ajay Jayaram and Sameer Verma dropping out of the top 20 but Srikanth, Prannoy and Praneeth managed to stay in the top 20.

Praneeth beat Srikanth to claim his maiden Super Series title in Singapore early this year. However, instead of it being the turning point of Praneeth's career, it became Srikanth's moment of resurrection.

Praneeth, who reached the career-best ranking of No.14 a few months ago, ended the year ranked world No.16.

Prannoy, meanwhile, established himself as the giant killer. Prannoy beat both Olympic silver medallist Lee Chong and gold medallist Chen Long in the Indonesian Open this year. But it was Srikanth who went on to win the title after Prannoy lost in the semi-final to Japan's Kazumasa Sakai.

Srikanth rose to finish third in the rankings this year while Prannoy rose 19 rungs to finish at 10th.

He became the first Indian man to win consecutive Super Series titles as well as the only Indian so far to have laid his hands on the Australian Open trophy.

Not only that, by entering the Australian Open final, the 24-year-old also etched his name in record books as the first Indian male and the sixth player in history to reach three consecutive Super Series finals. Meanwhile, Sindhu was the queen bee of Indian badminton this year with Saina struggling with injuries.

Sindhu had a brilliant year that saw her clinch two Super Series titles as well as reach the finals at the World Championships and the World Super Series Finals. She suffered heartbreak in both the finals losses and not for a second was out of her depth.

The biggest plus point for Sindhu was her consistency. This was clear to show in the Dubai World Super Series finals where Sindhu easily won all group stage matches and was the only player to reach the final unbeaten.

She eventually lost to Akane Yamaguchi in the final but like her loss to Nozomi Okuhara in the World Championships final, she played brilliantly and only lost by the narrowest of margins.

Sindhu's World Championships final match against Okuhara will arguably go down as one of the matches of the year. The pair's dedication to winning the tournament and never-say-die-attitude brought joy not only to badminton followers but sports lovers around the world.

On the other hand, it was not great year for Saina as injuries derailed her campaign this year. However, she still managed to win the bronze at the World Championships and even beat Sindhu in the final of the National Championship.

All in all, Indian badminton has never had it this good and surely the players will take this momentum into the year and make 2018 more memorable.

Comments
Topics mentioned in this article
Badminton PV Sindhu Kidambi Srikanth
Get the latest Cricket news, check out the India cricket schedule, Cricket live score . Like us on Facebook or follow us on Twitter for more sports updates. You can also download the NDTV Cricket app for Android or iOS.