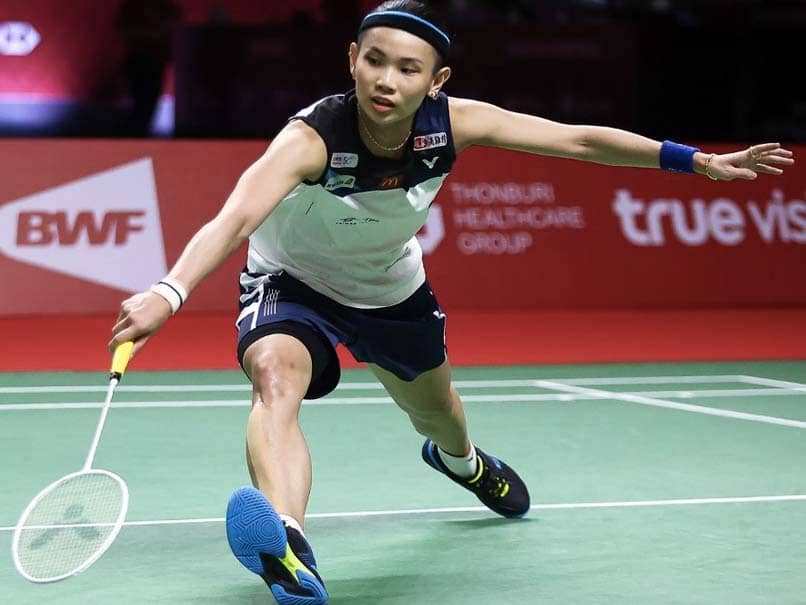 The Spaniard had a shaky start Sunday as Tai exploited holes in her defence early, but Marin mounted a successful comeback in the later stages winning the opener 21-14.

Marin was loud and fiesty in her verbal celebrations, but a visibly annoyed Tai soon found her own voice.

The decider was filled with fast and furious rallies -- both players yo-yoed up and down the scoreboard -- but two late spectacular drop shots were critical in sealing Tai's victory 21-19.

"Before this match today I kept telling myself that I had to play patiently. In the previous matches, all my mistakes were caused (by) my own impatience," Tai said.

Thailand has hosted three consecutive badminton tournaments in a bio-secure coronavirus bubble, without spectators, to guard against the pandemic.

He managed to regroup to win the second game 21-5.

But in the decider Antonsen had all the right answers, triumphing 21-17 to claim the game and the hour-long match against an increasingly ruffled Axelsen.

Antonsen is the only man to beat Axelsen in three weeks.

The women's doubles was an all-Korean showdown with fourth-ranked Lee So-hee and Shin Seung-chan pushing sixth-ranked Kim So-yeong and Kong Hee-yong to three games over 92 minutes.

Lee and Shin lost the first game 15-21 before scrapping through to claim the second 26-24.

They had momentum early in the third game and were able to hold off a late resurgence from their opponents to win the decider 21-19.

In the men's doubles, seventh-ranked Lee Yang and Wang Chi-Lin of Taiwan won their third title in three weeks.

Lee admitted the pair "were nervous coming in the finals here."

"We were playing our idols. I thought: 'oh my god, oh my god.' Three titles is incredible," he said.

Thailand's third seeds Sapsiree Taerattanachai and Dechapol Puavaranukroh are also going for a trio of titles.

They are up against sixth-ranked South Koreans Seo Seung-jae and Chae Yoo-jung.

Comments
Topics mentioned in this article
Carolina Marin Badminton Viktor Axelsen
Get the latest updates on India vs England Series, India vs England , live score and IPL 2021 Auction . Like us on Facebook or follow us on Twitter for more sports updates. You can also download the NDTV Cricket app for Android or iOS.