"Quarterfinal Was The Most Important Match": Parupalli Kashyap On India Winning Gold In Thomas Cup

Indian shuttler Parupalli Kashyap hailed the men's contingent for winning gold at the Thomas Cup for the very first time. 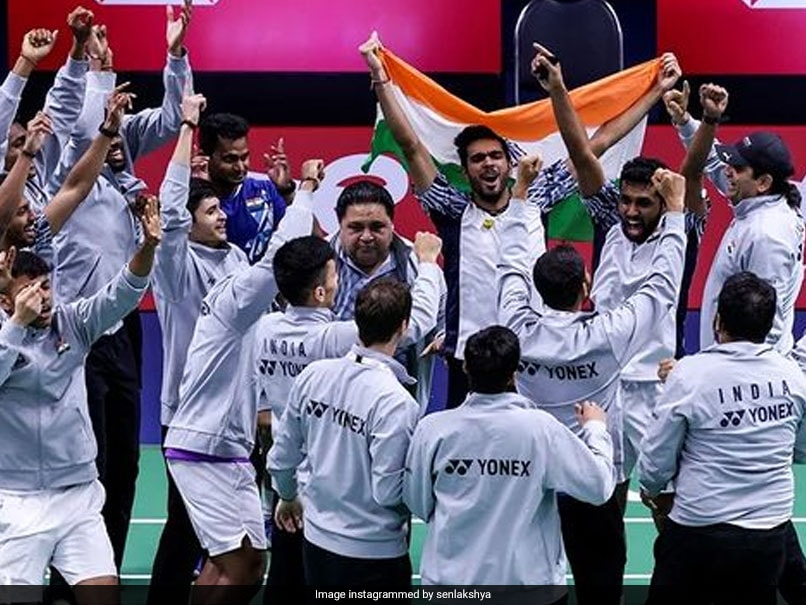 Indian men's badminton team created history on Sunday as they won the Thomas Cup for the very first time. Lakshya Sen, Chirag Shetty, Satwiksairaj Rankireddy and Kidambi Srikanth brought their A-game to the court and 14-time champions Indonesia had no answers in the summit clash. Lakshya Sen had given the side a 1-0 lead in the contest and after that the doubles pair of Chirag Shetty and Satwiksairaj Rankireddy did not let the momentum drop and they helped the side gain a 2-0 lead. In the end, Kidambi Srikanth sealed the win for India.

Indian shuttler Parupalli Kashyap, spoke to NDTV, after the summit clash, and said that winning the quarterfinal contest in the Thomas Cup against Malaysia was the most important factor in the contingent bagging a gold at the event.

"Thomas Cup champion is one of the best results ever, I would rate it as highly as anything in Indian sport. Its the world championship, it is the best result ever so yeah, brilliant individual performances. Lakshya Sen's win in the first match was incredible. To be down in the first game and then to come back and win the match, was an incredible effort by him. Then it came down to the doubles, it was the main factor for the team to do well in this event actually. In the quarterfinals against Malaysia, Chirag and Satwik got a win there and it was the main factor for us to win the medal," Kashyap told NDTV.

"Once, you are assured of a medal, then we can talk about the other things. Prannoy came into form, Lakshya came into form, Srikanth came into form in the last six months. Chirag and Satwik have been doing well consistently in the last couple of years, unfortunately they were not able to win a medal at the Olympics although they defeated the champions in the group stage. The quarterfinal was the most important match for India, that first doubles quarterfinal, which we could pull of and it set the ball rolling for the team," he further added.

Talking about the final between India and Indonesia, Lakshya Sen had given the side a 1-0 lead after beating Indonesia's Anthony Ginting in the first match. Sen defeated Ginting 8-21, 21-17, 21-16 in a match that lasted for an hour and five minutes.

After this contest, India went on to take a 2-0 lead after Satwiksairaj Rankireddy and Chirag Shetty came from a game down to beat Mohammad Ahsan and Kevin Sanjaya Sukamuljo 18-21, 23-21, 21-19.

In the third match of the final, Kidambi Srikanth outclassed Jonatan Christie 21-15, 23-21 and in the end, India went on to script history on Sunday in front of a jam-packed crowd at Impact Arena in Bangkok.

Comments
Topics mentioned in this article
Parupalli Kashyap Badminton
Get the latest updates on ICC T20 Worldcup 2022, check out the Schedule and Live Score. Like us on Facebook or follow us on Twitter for more sports updates. You can also download the NDTV Cricket app for Android or iOS.