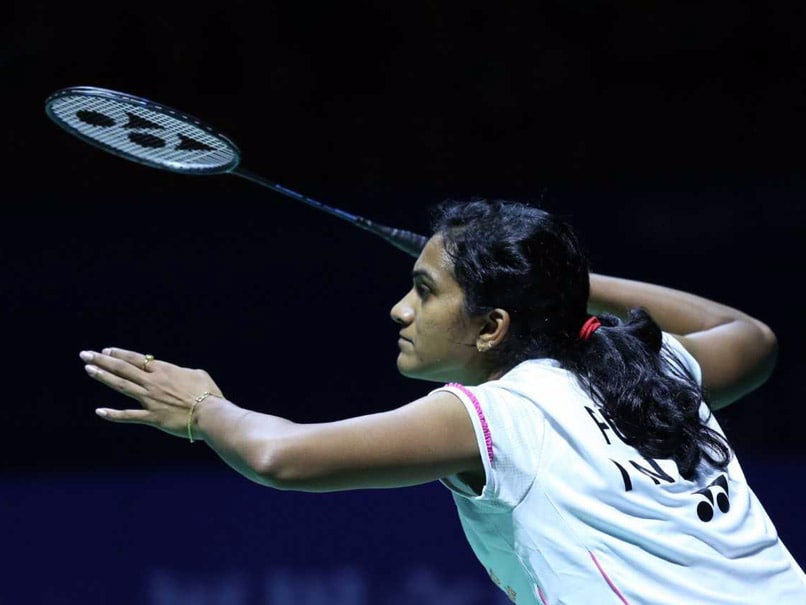 23:44 IST: PV Sindhu goes into the break with 11-7 lead in the deciding game against Akane Yamaguchi
23:37 IST: Brilliant smash from Sindhu. She clinches the point and the lead too. She leads 8-5.

23:33 IST: Challenge from Yamaguchi. But, it's unsuccessful. Sindhu leads 3-2 in the deciding game.

23:31 IST: Third and deciding game gets underway. Who will enter the final of the tournament - PV Sindhu or Akane Yamaguchi?

A tantalising deflection, pause and then drop off the net leaves Sindhu sprawling and gifts Yamaguchi the second set 21-19, so both players have scored the exact same number of points going into the third set! #YAE18

22:56 IST: Excellent rally between the two. Yamaguchi emerges winner at the end. Yamaguchi makes it 16-17.

22:55 IST: Three back-to-back points for Yamaguchi. The Japanese makes it 14-17 against Sindhu.

22:54 IST: Challenge from Sindhu! But it goes unsuccessful. The point goes in Yamaguchi's favour.

22:45 IST: Sindhu is cruising towards first game win. She leads first game 16-8 against her Japanese opponent.

22:40 IST:What a start from the Sindhu. She is dominating the first games. Sindhu leads 5-0 against Yamaguchi in the opening game.

22:33 IST: And, PV Singhu makes her entry in style. Crowd welcome the Rio Olympics medallist with a loud cheer.

22:00 IST: The Rio Olympics medallist Sindhu defeated Nozomi Okuhara of Japan to enter the semi-finals of the All England Championships.

21:50 IST:Hello and welcome to the Live coverage from the All England Championships semi-final between PV Sindhu and Akane Yamaguchi.