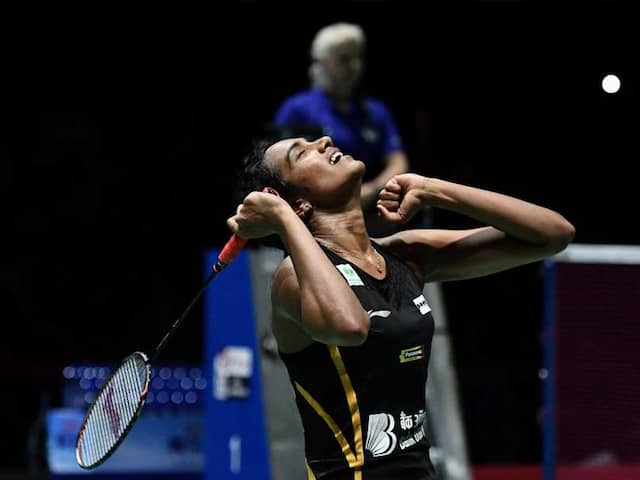 PV Sindhu created history as she defeated Nozomi Okuhara in straight games to become the first Indian to win Badminton World Championships gold on Sunday. Sindhu won the first game 21-7 and even in the second game she didn't let the Japanese shuttler make a comeback as she took the second game 21-7. Sindhu finished off the final in just 36 minutes. In the second game, at mid-game break, PV Sindhu managed to secure a lead of seven points and that proved to be too much for Okuhara in the end. After Sindhu won the gold in Switzerland, wishes started to pour in from all parts of the country.

Congratulations to her for winning the Gold at the BWF World Championships. The passion and dedication with which she's pursued badminton is inspiring.

Amazing performance, @Pvsindhu1!
Congratulations on becoming the 1st ever to win the BWF World Championships!
You have made India proud, yet again.#BWFWorldChampionships2019 pic.twitter.com/sUYPsVlnLT

Congrats @Pvsindhu1 on winning the Gold medal at #BWFWorldChampionships2019 Great exhibition of skill, fitness and mental strength to defeat Japan's Okuhara in such an emphatic fashion. Proud of you.

What a champion you are girl @Pvsindhu1 congratulations.. enjoy the moment ..

Two years after being robbed off the gold by Okuhara in an epic 110-minute final at Glasgow that went down as one of the greatest battles in badminton history, Sindhu finally exorcised the ghost of that heart-wrenching loss with a completely dominating win over the same opponent.

It was Sindhu's fifth World Championships medal - joint most for a woman singles player with former Olympics and world champion Zhang Ning of China - to go with the two successive silvers and a couple of bronze medals.