Sindhu made a sensational start by collecting 12 points on the trot with a combination of lethal cross-court matches and brilliant net play. 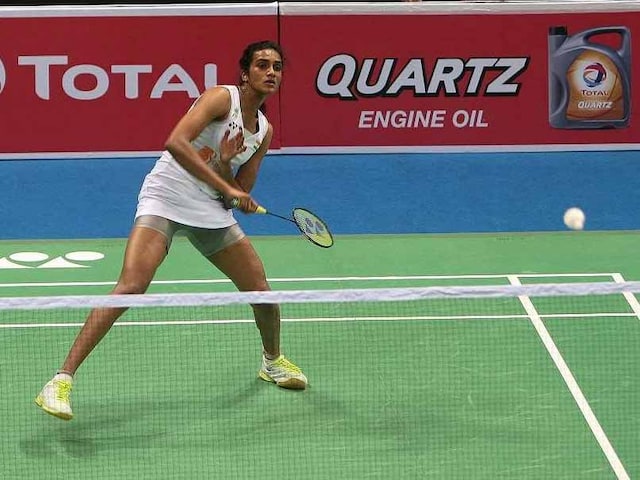 PV Sindhu displayed a commanding performance as she eased past her opponent and former World Champion Ratchanok Intanon of Thailand in straight games to enter the women's singles final in style on Saturday. Sindhu beat Intanon 21-13, 21-15 in a match that lasted 48 minutes. The star India shuttler will face fifth seed Beiwan Zhang of USA in the final on Sunday. Backed by home fans at the Siri Fort Indoor Stadium, Sindhu made a sensational start by collecting 12 points on the trot with a combination of lethal cross-court matches and brilliant net play. She eased down a little at 13-3 but she had already done enough damage to pocket the game in 20 minutes.

The second game was a little more closely fought, with Intanon managing to get her game going. But a charged up Sindhu was in no mood to let up, clinching the game and match to set herself up for her second straight Indian Open title.

Beiwan Zhang fought back from a game down to disappoint sixth seeded Cheung Ngan Yi of Hong Kong 14-21, 21-12, 21-19 as she inched closer towards the Super Series title.

Talking about her game, Beiwan Zhang said, "I have the habit of starting slowly. But then I forced her to make errors. But I'm not surprised to be in the final."

Tien Chen dismantled Qiao Bin of China 23-21, 21-16 in 59 minutes to enter the final for the second year in succession while Yuqi was taken the distance by the spirited Malaysian Isqandar Zulkarnain before winning 18-21, 21-10, 21-19.

After losing the first game, the fourth seeded Yuqi claimed the second without much fuss. But with Zulqarnain, who broke Indian hearts by upsetting second seed Kidambi Srikanth in the pre-quarters, fighting hard the 21-year-old Yuqi had to dig deep to regain control.

At 20-18, Zulqarnain appeared to be down for the count but he reduced the margin after a 42-shot rally. However, Yuqi, who was the finalist at last year's All-England Open Championship sealed the game and match with a down the line smash.

India's challenge in the doubles ended when the mixed pair of Pranaav Jerry Chopra and Sikki Reddy lost to fifth seeds Mathias Christiansen and Christinna Pedersen of Denmark 16-21, 19-21 in the semis.

In the women's doubles, Indonesian pair of Greysia Polii and Apriyani Rahayu (Ina) stunned the Danish top seeds Kamilla Rytter Juhl and Christinna Pedersen 21-14, 19-21, 21-18 in a three-game thriller that lasted one hour and 21 minutes.