HS Prannoy Apologises To Badminton Association Of India For His Outburst

HS Prannoy has apologised to the Badminton Association of India (BAI) for his scathing attack on the national federation after it did not recommend him for the Arjuna Award. 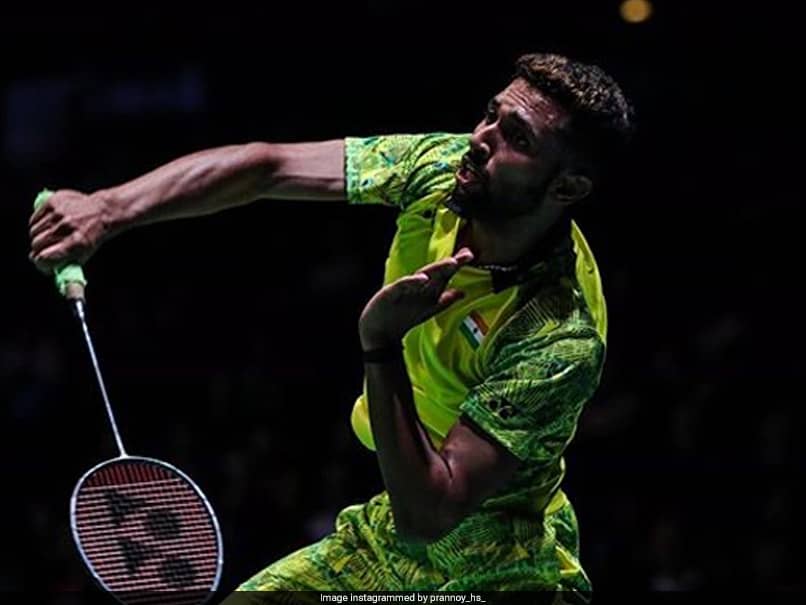 The Badminton Association of India had show-caused HS Prannoy was for his outburst.© Instagram

India shuttler HS Prannoy has apologised to the Badminton Association of India (BAI) for his scathing attack on the national federation after it did not recommend him for the Arjuna Award, days after he was show-caused for the outburst. Prannoy was eventually recommended for the award by national coach Pullela Gopichand in his capacity as a former Rajiv Gandhi Khel Ratna recipient.

The world number 28 apologised to BAI after the governing body show caused him for his outburst on social media and also highlighted some past disciplinary issues involving him.

"It was unfortunate to witness something like this but Prannoy had reached out to us and based on his submission, we hope going forward players will reach out to the federation if they have any concern," Singhania said in a statement on Tuesday.

On June 2, BAI had recommended Satwiksairaj Rankireddy, Chirag Shetty and Sameer Verma for Arjuna award, leaving out Prannoy which prompted the shuttler to express his displeasure on social media.

"Same old story. Guy who has medals in CWG and Asian Championships not even recommended by the association. And guy who was not there on any of these major events recommended. #waah #thiscountryisajoke," Prannoy had said in his now-deleted tweet.

The governing body was not happy with Prannoy and his teammate Kidambi Srikanth for not playing the semifinal of the Asian Team Championship at Manila in February and instead leaving for Barcelona to compete in another event.

India had lost the semifinal but finished third in the competition. The BAI recommended Srikanth for the Khel Ratna award last week after the top Indian shuttler apologised for pulling out of the tournament midway.

Comments
Topics mentioned in this article
Badminton HS Prannoy
Get the latest updates on IPL 2021, IPL Points Table , IPL Schedule 2021 , live score . Like us on Facebook or follow us on Twitter for more sports updates. You can also download the NDTV Cricket app for Android or iOS.