Just four months back, Prannoy had created a flutter when he dispatched Chong Wei in straight games in the Indonesia Super Series Premier and the unseeded Indian dished out another superb performance on Thursday to oust the former World No. 1 Malaysian 21-17 11-21 21-19 in a match that lasted an hour and three minutes. 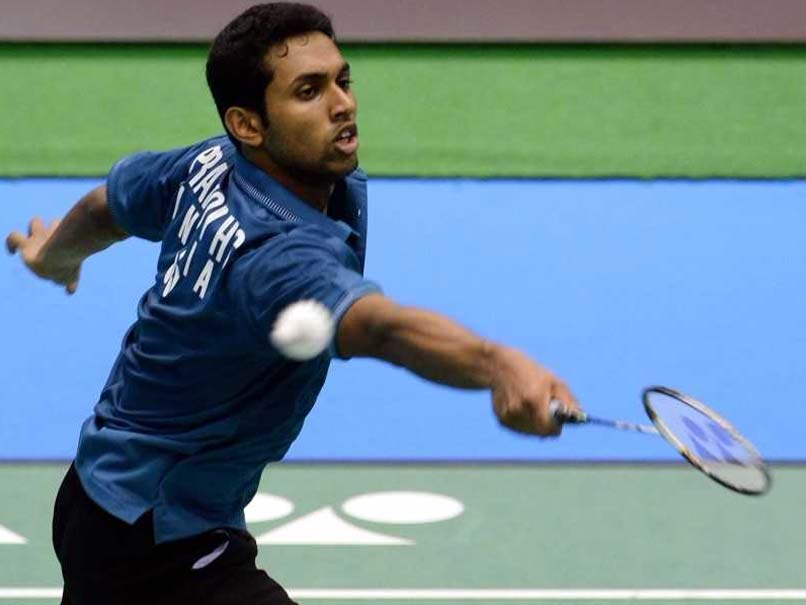 Just four months back, Prannoy had created a flutter when he dispatched Chong Wei in straight games in the Indonesia Super Series Premier and the unseeded Indian dished out another superb performance on Thursday to oust the former World No. 1 Malaysian 21-17 11-21 21-19 in a match that lasted an hour and three minutes.

"I am happy to beat him again. Even at this age, he is one of the best players, who can play in any conditions. I am not thinking much ahead as I have done this before but couldn't win the title so I will just look at the next match," Prannoy told reporters after the match.

World No. 8 Srikanth, who already has two super series titles at Indonesia and Australia to his name, defeated Korea's Jeon Hyeok Jin 21-13 8-21 21-18, while Saina, who won a bronze at the Glasgow World Championship, prevailed over Thailand's Nitchaon Jindapol 22-20 21-13 in women's singles pre-quarterfinals.

Prannoy trailed Chong Wei, who turns 35 tomorrow, 1-2 in career meetings before the match. However, buoyed by his recent win over the celebrated Malaysian in June, the Indian produced another sensational performance, befitting his new-found stardom of a giant-killer.

The 25-year-old Indian started off well and dictated terms as he built up a 10-7 lead but the former World No. 1 leveled par with a lucky net chord before entering the break with a slender lead when the Indian's return missed the sideline.

Chong Wei held on to his lead till 14-13 when Prannoy unleashed a jump smash to draw parity and then went into the lead. But a return going to net meant it was evens-stevens again.

The Indian soon jumped to a 18-15 lead before two quick reflex smashes helped him to narrow the gap. However, Prannoy again unleashed two precise smashes on his rival's forehand to grab three game points and sealed it with another deceptive return which Chong Wei failed to ward off.

The second game begun with both committing unforced errors. Prannoy won a video referral and held a 4-3 lead when Chong Wei hit wide. The Indian then hit the net a few times to allow the Malaysian lead 8-6. With Prannoy struggling with unforced errors, Chong Wei moved into the break with a 11-8 lead.

Chong Wei extended the advantage to 14-8 before Prannoy unleashed two powerful returns to let out a scream. However, the Indian couldn't reign in his errors as Chong Wei eventually managed to take the match to the decider.

The third game saw Chong Wei open up a 5-2 lead but he misjudged shuttles at the baseline twice and Prannoy also sent one at the back of the court on the line to make it 6-8. The Indian kept snapping at his rival's heels to draw parity at 10-10. But a quick reflex net return helped Chong Wei lead 11 -10.

After the interval, Chong Wei grabbed a few points to lead 13-10 but Prannoy managed to turn the tables with eight straight points, leading 18-13. But the Indian made a service error next and Chong Wei produced a body smash to make it 15-18.

A forehand return from Prannoy going to net further narrowed the gap but the Malaysian hit the net next as it was 19-16. Prannoy then went wide thrice on the trot to allow Chong Wei comeback. However, he got his bearings right in time and unleashed a cross court smash to earn the match point and sealed it in the end.

In another men's singles match on court 3, Srikanth didn't have any problem dealing with Jeon as he cut the pace of the rallies and constructed his points, finishing often with a smash or half smash to lead 11-7.

Jeon left empty spaces which Srikanth exploited and kept accumulating points with his better net play and precise cross court smashes to close out the game without much ado.

In the second game, Jeon produced a better performance and helped my Srikanth's errors managed to lead 11-6 at the break before scripting his comeback, grabbing 10 of the next 12 points as Srikanth got buried in a heap of unforced errors. The decider then had to be stopped after the first point due to some light issues and the match resumed after at least 45 minutes.

Srikanth dished out an aggressive game after resumption, zooming to a 11-4 lead at the break. The Indian extended the advantage to 18-10 but Jeon delayed the inevitable, making it 18-19. Finally a smash from Srikanth gave him the match point and he wrapped it up when Jeon hit the net.

Comments
Topics mentioned in this article
HS Prannoy Saina Nehwal Kidambi Srikanth Badminton
Get the latest updates on India vs Australia Series, check out the India vs Australia Schedule for 2020-21 and Ind vs Aus live score . Like us on Facebook or follow us on Twitter for more sports updates. You can also download the NDTV Cricket app for Android or iOS.