The two players have been bought by different Premier Badminton League franchises. 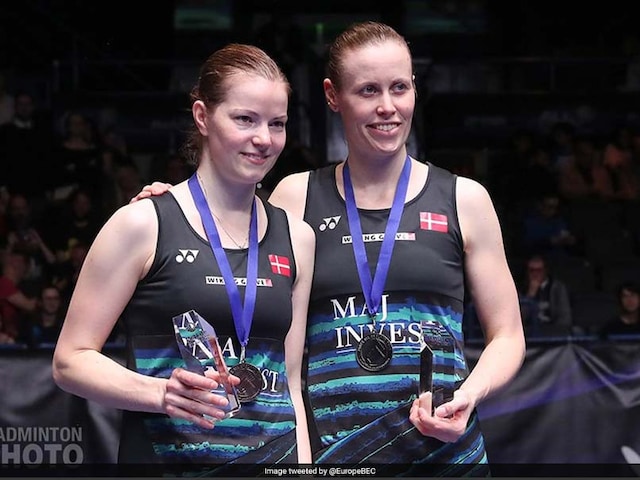 Out of the closet after eight years of being in a relationship, Denmark's world No.4 women's doubles pair of Christinna Pedersen and Kamilla Rytter Juhl is hoping that playing badminton wouldn't become tough for them in countries like India, where homosexuality is a taboo. Pedersen and Juhl chose to reveal their relationship in a book, which details their journey in the sport.

"Me and Kamilla love playing in India. We are still the same badminton players, we won't change anything, we won't change how to act, or behave when we visit other countries, we are totally the same and I hope we are still respected and loved the way we have always been," Pedersen told PTI.

Pedersen and Juhl are scheduled to compete in the upcoming Premier Badminton League, having been picked by different franchises. While Pedersen will play for Awadhe Warriors, Rytter Juhl will be turning up for Ahmedabad Smash Masters.

Homosexuality is still a criminal offence in India.

"The book is in Danish and it will be written in English soon, so we told the media that we are also in a relationship," Pedersen said.

The book, published in Danish, was launched early this month.

"We still love playing badminton in Asia, we love playing in India, Malaysia, Indonesia, China, Japan. We love to travel there and play there. But we are afraid that some won't respect us, though we don't know yet," said Pedersen, who has won two bronze and a silver at the World Championship along with Juhl.

"We just hope everybody will see us as badminton players that we have been for the last 10 years even though now they have an information about us. We still look forward to visit all the countries."

Pedersen and Juhl have been playing in India for the last few years and have made appearances at the India Open Super Series, Syed Modi International Grand Prix Gold and Premier Badminton League.