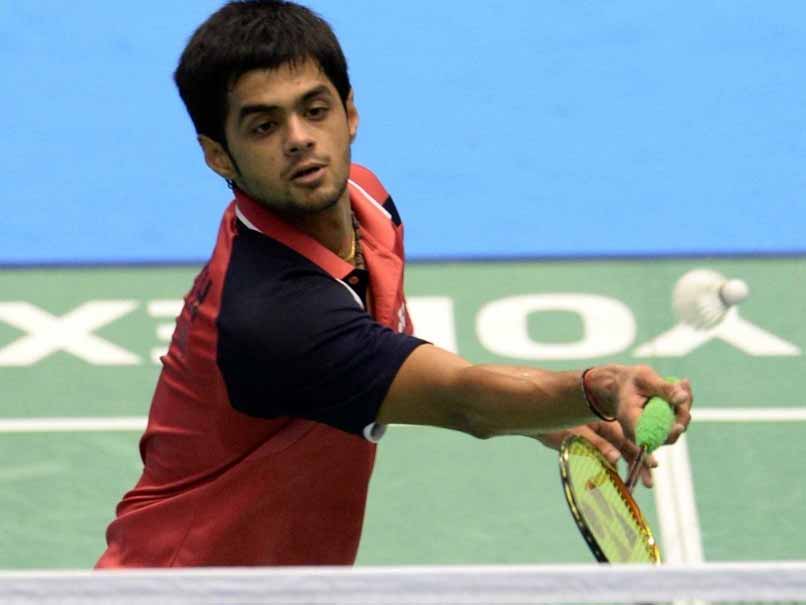 B Sai Praneeth upstaged compatriot K Srikanth to clinch the Singapore Open men's singles title, his maiden Super Series trophy on Sunday. Praneeth prevailed 17-21, 21-17, 21-12 in a 54-minute contest, which was the first all-Indian Super Series final in the history of the game. The two players dished out an engaging opening game before Praneeth staged a remarkable comeback to dominate the proceedings. Before Sunday, only three nations -- China, Indonesia and Denmark -- had two of their shuttlers playing in finals of a Super Series event.

World No.30 Praneeth, who had won the Canada Open Grand Prix last year and reached the Syed Modi Grand Prix Gold final this year, outmanoeuvred Srikanth in the summit clash of the USD 350,000 event.

"It's always difficult to play someone with whom you play every day. I am very happy to win today (Sunday). The way I played in the tournament, I'm very happy. The support here for the Indians has also been very nice," an overwhelmed Praneeth said after the 54-minute clash.

It was the first time in the history of international badminton that two Indians were playing a Super Series final and it turned out to be a thrilling contest.

The two trainees of the Gopichand academy exploited every chink that they were aware of in each other's game.

In the first game, Srikanth played some angled shots to set up his points and then used his accurate smashes to seal them. He gathered many points on Praneeth's forehand with his brilliant returns.

Srikanth started with two lame returns but as the game progressed, he showed his class to outmanoeuvre his compatriot. The duo didn't go for long rallies and varied the pace with their repertoire of strokes.

It was Srikanth who grabbed an 11-7 advantage during the first break with a cross-court smash which Praneeth couldn't return despite a full-stretch dive.

Praneeth too made Srikanth run for every point before closing in to make it 14-15.

Srikanth did not relent either and came up with down the line smashes to grab five game points.

In the second game, Srikanth rushed to a 4-1 lead but Praneeth clawed back at 7-7. The duo, which trains together at the Gopichand Academy, moved neck-and-neck till 10-10 before Praneeth grabbed a one-point advantage with Srikanth hitting wide.

Praneeth continued to dominate the proceedings and moved to a 20-17 lead when Srikanth made a service error. He then roared back into the contest when his compatriot hit wide.

In the decider, Praneeth carried the momentum and surged to a 7-3 lead which he consolidated to 11-5 at the break. It was another towering smash on Srikanth's backhand which gave him the lead.

The change of court didn't break Praneeth's rhythm as he continued to trouble Srikanth with his array of strokes and better net-play.

In the end, a drop shot gave Praneeth a 19-12 lead and Srikanth handed him the match point when he hit wide. Praneeth made it count to seal his first Super Series title when his compatriot again hit wide.

Ever since bursting onto the scene by winning the bronze medal at the World Junior Championships in 2010, Praneeth has managed to outwit some accomplished shuttlers such as former All England Champion Muhammad Hafiz Hashim of Malaysia, former Olympic and World champion Taufik Hidayat and World No.1 Lee Chong Wei.

But a win eluded him as he battled with a series of injuries to make early exits. However, things brightened up last year when he won in Canada.

Comments
Topics mentioned in this article
B. Sai Praneeth Kidambi Srikanth Badminton
Get the latest updates on ICC Women's Cricket World Cup 2022 and IPL 2022, check out the Schedule , Live Score and IPL Points Table. Like us on Facebook or follow us on Twitter for more sports updates. You can also download the NDTV Cricket app for Android or iOS.