Indian shuttler B Sai Praneeth dished out a dominating performance to outclass Korea's Lee Dong-keun in straight games and reach his maiden Super Series final at the Singapore Open on Saturday. 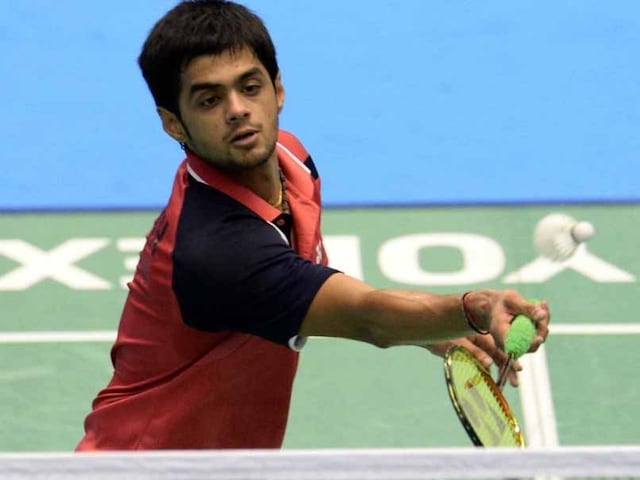 Kidambi Srikanth and Sai Praneeth set up an exciting all-Indian men's singles final at the Singapore Open Super Series badminton tournament after comfortably winning their semifinal clashes on Saturday. Srikanth, a former World No.3, notched up a 21-13, 21-14 win over World No. 26 Anthony Sinisuka Ginting to reach the third Super Series final of his career. Praneeth, who had reached the finals at Syed Modi Grand Prix Gold in January only to suffer an injury in his shoulders, continued his rampaging run in the tournament to thrash three-time Korea Masters Grand Prix Gold winner Lee 21-6 21-8 in a lop-sided semifinal match.

The 24-year-old Praneeth from Hyderabad, who had clinched the Canada Open last year, came out with a well-sorted strategy and executed it brilliantly to completely blow away his opponent in the opening game.

In the second game, Praneeth continued to dominate the proceedings and zoomed to a 9-1 lead. The Korean managed to reduce the deficit to 4-10 before the Indian entered the break with an 11-4 lead.

The Indian has some big wins in his career, which include victories against 2003 All England Champion Muhammad Hafiz, former World and Olympic champion Hashim of Malaysia, and three-time Olympic silver medallist and World No. 1 Lee Chong Wei of Malaysia.

Srikanth then showed why he is considered one of the best Indian shuttlers right now, fighting back from 4-9 down in the opening game to never look back.

Interestingly, Praneeth has a 4-1 head-to-head record against his more illustrious compatriot, who had clinched the 2014 China Super Series Premier and 2015 India Super Series and also reached the quarterfinals of Rio Olympics.