Australia vs India: Virat Kohli Gets "Batting Ready" Ahead Of First ODI. Watch

India vs Australia 2020: India captain Virat Kohli was seen timing the ball to perfection during a net session ahead of the first ODI in Sydney. 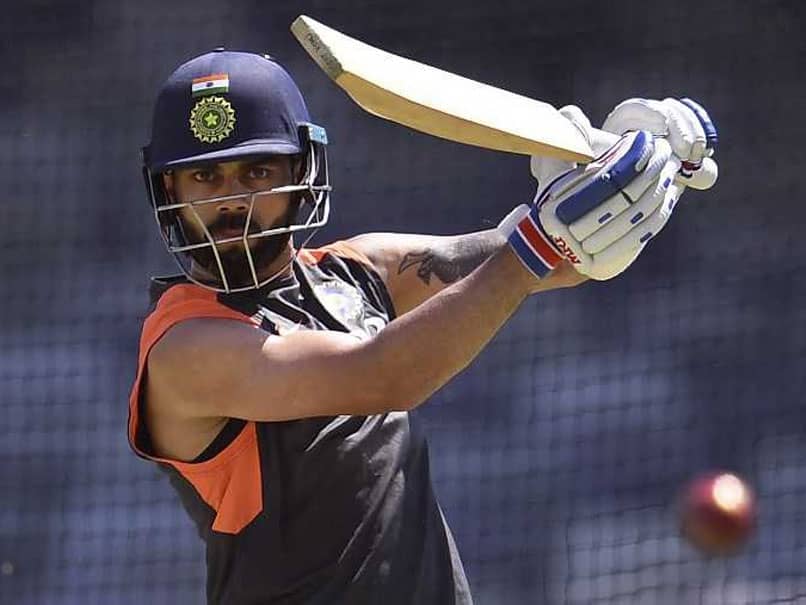 Virat Kohli sweated it out in the nets ahead of the first ODI vs Australia.© AFP

Virat Kohli, who will be seen leading the Indian team in Australia, was spotted middling the ball during a net session in Sydney ahead of the first One-day International (ODI) against Australia. The Board of Control for Cricket in India (BCCI) took to Twitter to share a video in which the India skipper can be seen "timing the ball to perfection". "Timing them to perfection! #TeamIndia skipper @imVkohli getting batting ready ahead of the first ODI against Australia #AUSvIND," the BCCI captioned the video. India will face Australia in the first ODI at Sydney Cricket Ground on Friday.

Timing them to perfection! #TeamIndia skipper @imVkohli getting batting ready ahead of the first ODI against Australia #AUSvIND pic.twitter.com/lG1EPoHVKK

Last week, Kohli posted a few pictures on Instagram from one of his gym sessions.

India will begin the tour without their experienced opening batsman Rohit Sharma, who was ruled out of the limited-overs squads due to a hamstring injury.

Rohit suffered the injury during the recently-concluded Indian Premier League.

Rohit was named in the Test squad but according to several media reports, his participation in the first two matches is in doubt.

Virat Kohli Australia vs India 2020-21 Cricket
Get the latest updates on India vs England Series, India vs England , live score and IPL 2021 Auction . Like us on Facebook or follow us on Twitter for more sports updates. You can also download the NDTV Cricket app for Android or iOS.