Shubman Gill posted a picture with his family members on Twitter after returning home following a memorable Test series win in Australia. 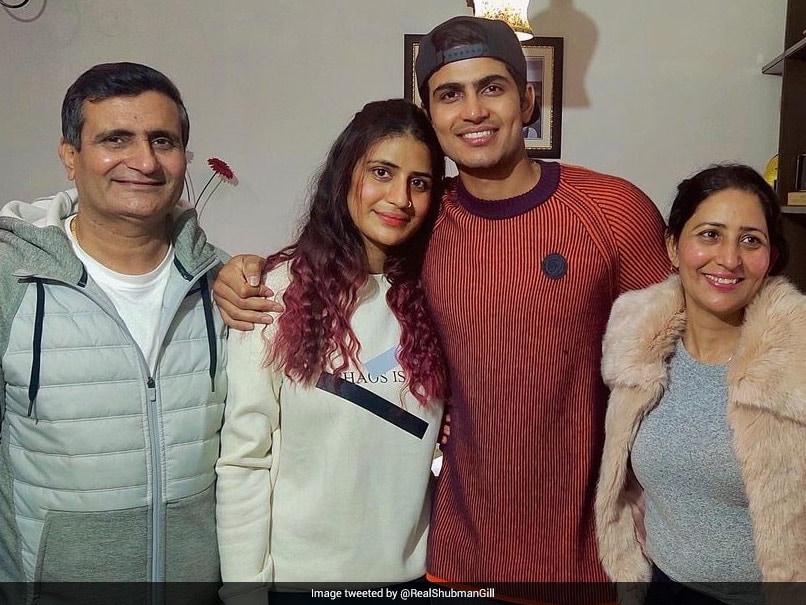 Shubman Gill made his Test debut during the just-concluded four-match Test series against Australia.© Twitter

Indian Test opener Shubman Gill, after returning home following a memorable Test series win in Australia, posted a picture with his family members on social media. "Home sweet home," Gill captioned the image on Twitter. The 21-year-old made his Test debut during the just-concluded four-match Test series against Australia and went on to play a key role as India defeated Australia in Brisbane to retain the Border-Gavaskar Trophy.

After sitting out in the first Test, Gill was handed an opportunity in the second Test at the Melbourne Cricket Ground (MCG), following the decision to bench Prithvi Shaw.

The 21-year-old scored 45 off 65 deliveries in the first innings, followed by an unbeaten 35 in the second innings. Team India emerged victorious by a margin of eight wickets, bouncing back to level the series 1-1 after a defeat in the opening Test at Adelaide.

Gill followed it up with his maiden Test half-century in the first innings of the third match in Sydney. The batsman stitched a confident opening stand alongside Rohit Sharma in the second innings, as Team India fought hard to eke out a memorable draw. Ravichandran Ashwin and Hanuma Vihari stitched an unbeaten partnership, batting out 258 balls to help the visitors secure a draw.

Gill was dismissed cheaply in the first innings of the final Test at Brisbane but made amends with a 91 in the second innings. The 21-year-old's knock provided a platform following the early dismissal of Rohit Sharma.

India eventually chased down the 328-run target, following an unbeaten 89 by Rishabh Pant and gritty half-century by Cheteshwar Pujara.

With this win, the visitors clinched the four-match series 2-1, registering back-to-back Test series triumphs in Australia.