India vs Australia: Rishabh Pant "Has Some Work To Do With His Keeping," Says Ricky Ponting

Australia vs India: Ricky Ponting said that Rishabh Pant is lucky Will Pucovski did not go on to make a big score after the wicketkeeper dropped him twice. 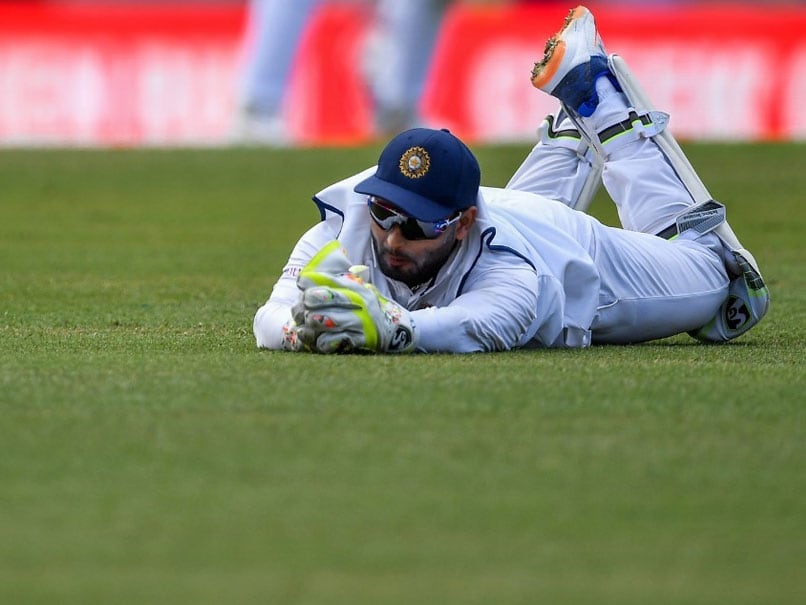 Rishabh Pant dropped Will Pucovski twice in quick succession on Day 1 of the 3rd Test in Sydney.© AFP

Former Australia skipper Ricky Ponting, who had earlier called for Rishabh Pant's inclusion in the Indian team, was disappointed by the wicketkeeper-batsman's glovework on day one of the third Test on Thursday. Pant dropped debutant Will Pucovski twice in quick succession as India lost the opportunities to put the hosts in a spot of bother. Ponting, who is the head coach of Delhi Capitals, said Pant was lucky as the Pucovski wasn't able to capitalise on the reprieve he got on his debut. The former skipper raised the question and said Pant should have taken those catches.

"The ones (dropped catches) today are two that should be taken, simple as that. It's probably lucky for Rishabh that Pucovski didn't go on and make a big hundred or a double hundred and looking at the wicket, it looks like an unbelievable surface," cricket.com.au quoted Ponting as saying.

"I'm sure when Rishabh put those catches down, he would have thought the worst and 'here we go, he's really going to make me pay' but (Pucovski) didn't today," he added.

Pant was on the receiving end of flak from his Delhi Capitals head coach. Ponting said since Pant's debut he has dropped more catches than any other wicket-keeper in the world.

"I've said it all along, the knock on Rishabh is always going to be on his keeping. Since his debut in Test cricket, he's dropped more catches than any other keeper in the world. That highlights he has got some work to do with his keeping," said Ponting.

Pant's dropped catches allowed Pucovski to hit his maiden fifty in the longest format of the game.

"Very impressed with Will Pucovski's innings today. To look the part at Test level on debut is a promising sign and rapt for him to breakthrough after the setbacks he's had along the way. #AUSvIND," Ponting tweeted.

Pucovski rode his luck and Marnus Labuschagne showed resolve as the duo hit half-centuries to put Australia in a dominating position in a rain-curtailed opening day at the Sydney Cricket Ground (SCG). At stumps, Australia''s score read 166/2 in 55 overs with Labuschagne and Smith unbeaten on 67 and 31 runs respectively.

Rishabh Pant Will Pucovski Ricky Ponting Cricket
Get the latest updates on Fifa Worldcup 2022 and check out  Fifa World Cup Schedule, Stats and Live Cricket Score. Like us on Facebook or follow us on Twitter for more sports updates. You can also download the NDTV Cricket app for Android or iOS.