Australia vs India: Off-spinner Ravichandran Ashwin became the bowler to take the most wickets of left-handers in Test cricket. He has dismissed left-handers a record 192 times in Tests. 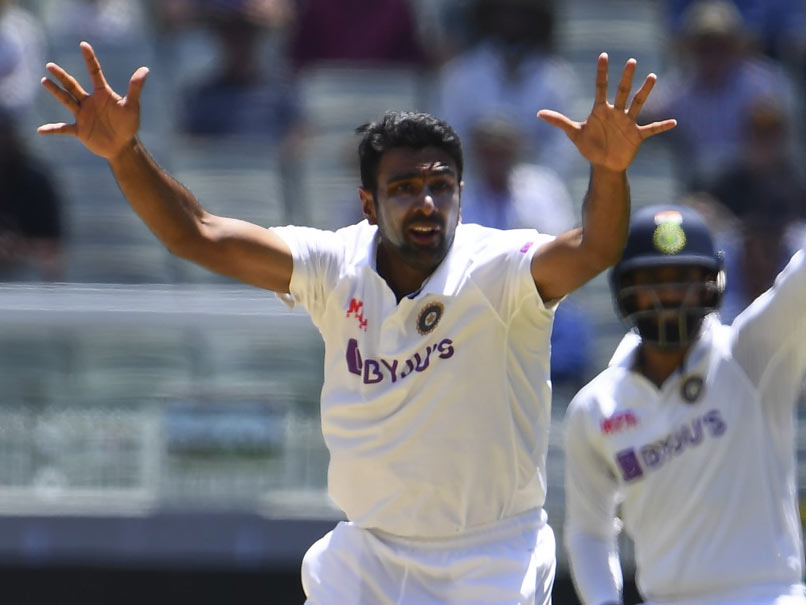 India vs Australia: R Ashwin dismissed Josh Hazlewood to pick up his 192nd wicket of a left-hander.© AFP

India's Ravichandran Ashwin on Tuesday became the bowler to take the most wickets of left-handers in Test cricket when he bowled Josh Hazlewood in Australia's second innings in the second Test at the Melbourne Cricket Ground. Ashwin has now taken 192 wickets of left-handers, one more than the previous best of 191 of Sri Lanka's Muttiah Muralitharan. Ashwin has 375 Test wickets to his credit at an average of 25.22 from 73 Tests. He picked up two wickets in Australia's second innings and three in the first in the Melbourne Test.

Ashwin is the third-highest wicket-taker for India among spinners in Tests, and he is behind Harbhajan Singh (417) and Anil Kumble (619).

Among all Indian bowlers, Ashwin is placed fourth after Kumble, Kapil Dev (434) and Harbhajan.

The 34-year-old made his international debut in a One-day International against Sri Lanka in 2010 and made his Test debut in 2011 against the West Indies.

India bounced back in style to level the Border-Gavaskar series 2020-21 at 1-1 after they lost the first Test in Adelaide by eight wickets.

India beat Australia by the same margin at the Melbourne Cricket Ground.

In the Adelaide day-night Test, India were restricted to 36 for 9 - their lowest-ever Test score - after having led Australia in the first innings.

The other two Tests of the four-match series are scheduled to be played in Sydney and Brisbane.

Muttiah Muralitharan
Get the latest updates on IPL Auction 2023 and check out  IPL 2023 and Live Cricket Score. Like us on Facebook or follow us on Twitter for more sports updates. You can also download the NDTV Cricket app for Android or iOS.