India vs Australia: With the One-day International series set to begin on Friday, we take a look at the key players from both sides. 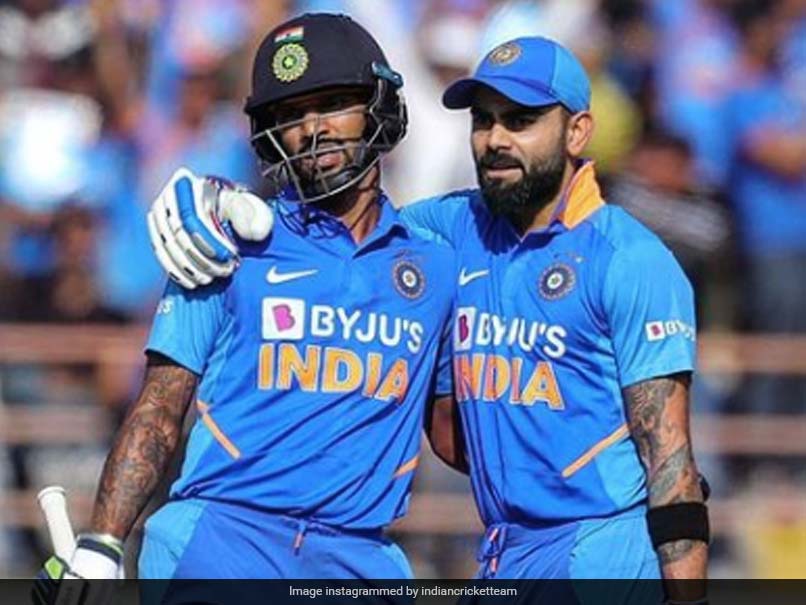 With the Indian Premier League done and dusted, focus shifts directly to one of modern cricket's fiercest rivalries as India take on Australia Down Under, starting with the three-match ODI series beginning Friday. Australia come into the contest on the back of a stunning series win in England in September, while India's last 50-over outing saw them lose 3-0 in New Zealand. The series is set to see some of the best players in the world face off, even with India's star opener Rohit Sharma ruled out of the contest. India and Australia will face off in two ODIs in Sydney, before travelling to Canberra for the third and final match of the series.

Here are some players who can dictate the outcome of the Australia-India ODI series:

David Warner:The swashbuckling left-hander averages 49.29 against India in the 50-over format of the game and has scored three centuries in 19 games against the Men in Blue. Australia will be relying on him to wreak havoc at the top of their batting order. Warner also found form towards the end of IPL 2020 and will be looking to carry that momentum forward.

Steve Smith: Smith is a run-machine and particularly enjoys himself playing against India. While he has a career batting average of 42.46 in ODIs, he bats at a significantly higher 60.46 against India. Three of Smith's nine ODI centuries have come against India and he will be expected to carry on his good form against the visitors.

Marcus Stoinis: Stoinis' rise has been one of the bright spots for Australian cricket in the last one year. According to Ricky Ponting, who coached Stoinis during IPL 2020, he is five times the player he was a year ago. Stoinis was a key cog for Delhi Capitals as they reached their maiden IPL final, impressing with both bat and ball. While Australia have a lot of big names, his form and confidence means Stoinis can be the "X-factor" for them against a tough Indian side.

Mitchell Starc: With 183 wickets in 94 matches, Starc is one of the deadliest bowlers in ODIs. That he was the leading wicket-taker in two 50-over World Cups speaks to his brilliance with ball in hand, and he will be Australia's spearhead against India. Armed with swing and deadly pace, Starc will look to make short work of India's top order, which will be weakened in Rohit Sharma's absence. His ability to reverse-swing and nail yorkers will also make him a big threat at the death.

Virat Kohli: Kohli is the No.1 ranked ODI batsman and, after failure in the series against New Zealand, he will be looking to fire back to form against opponents that he loves to face. Out of his 43 ODI centuries, eight of them have come against Australia. He has only scored more centuries (9) against West Indies. Kohli will be missing three of the Tests against Australia, so he will be fired up to make his mark in the limited-overs leg of the tour Down Under, and with Rohit Sharma not there in the line-up, he will want to take up more responsibility and put in match-winning knocks.

Shikhar Dhawan: The left-handed opener is another Indian batsman who loves playing against Australia. Four of his 17 centuries in the 50-over format have come against Australia and he has scored more runs against them than any other opposition. Dhawan also comes into the series on red-hot form, as he finished IPL 2020 as the second-highest run-scorer.

Jasprit Bumrah: Bumrah is India's pace spearhead and their deadliest bowler. Ranked No.2 in ODIs, Bumrah has proven time and again that he can win matches single-handedly for India. He also had a great IPL season and looks in good rhythm. With 104 scalps in 64 games, he will be entrusted with getting the key breakthroughs for India.

KL Rahul:While he started out as an opener, Rahul was moved down to number five and given the wicketkeeping gloves in the 50-over format when these two teams last met earlier this year. It is a role that Rahul thrived in, playing some devastating knocks at the death and also scoring a composed century in New Zealand after a top order collapse. Having finished the IPL season as the top run-scorer, Rahul will look to carry his form into the series against Australia.

Shikhar Dhawan Australia vs India 2020-21 Cricket
Get the latest updates on ICC T20 Worldcup 2022 and CWG 2022 check out the Schedule, Live Score and Medals Tally. Like us on Facebook or follow us on Twitter for more sports updates. You can also download the NDTV Cricket app for Android or iOS.