India vs Australia Test Highlights: Having started Day 2 on 36/1, India finished on 277/5 at the MCG following an unbeaten century from Ajinkya Rahane. 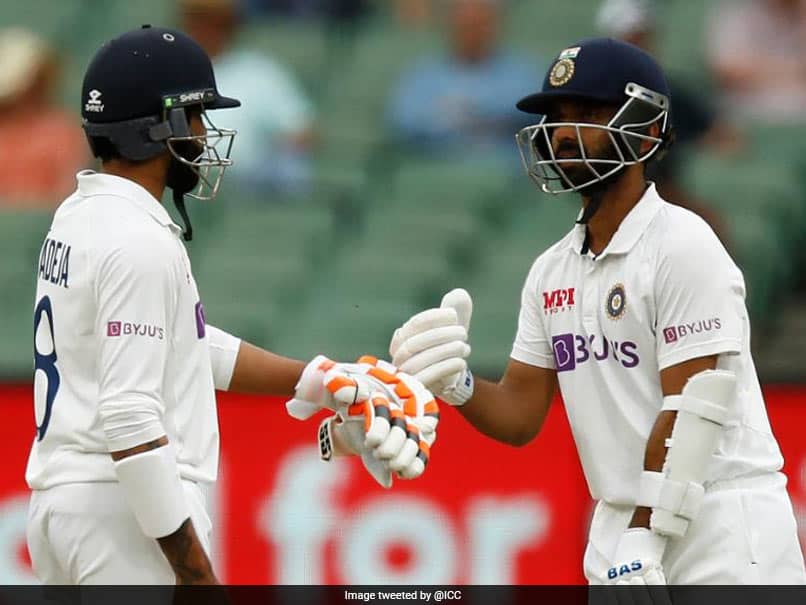 IND vs AUS: Ravindra Jadeja and Ajinkya Rahane stitched an unbeaten 104-run stand on Day 2 at the MCG.© Twitter

India dominated Day 2 of the Boxing Day Test against Australia, with play brought to an end early due to rain. Skipper Ajinkya Rahane scored his 12th Test century, remaining unbeaten on 104. The 32-year-old further stitched an unbeaten partnership of 104 runs with Ravindra Jadeja (40*), helping the visitors take a lead of 82 runs. Action on Day 2 kicked off with overnight batsmen Shubman Gill and Cheteshwar Pujara looking confident initially, although they also had some luck. Just when it seemed like the initial spells were seen off, Pat Cummins struck to dismiss the duo. Gill was dismissed for 45 runs off 65 deliveries by Cummins, following an edge which carried to Tim Paine. The pacer further accounted for the wicket of Pujara, with Paine pulling off a fine one-handed catch. Rahane and Hanuma Vihari helped the visitors rebuild before the latter was dismissed for 21, handing a catch to Steve Smith off Nathan Lyon. Rishabh Pant departed for a well-made 29, with Paine completing a catch to register his 150th dismissal in Test cricket. The Australia skipper is the fastest wicketkeeper to affect 150 dismissals in Tests. However, Rahane continued to battle it out with Jadeja providing solid support at the other end. (SCORECARD)