Australia vs India: Jasprit Bumrah scored his maiden half-century in first-class cricket on Friday and the pacer was greeted with a guard of honour from his teammates. 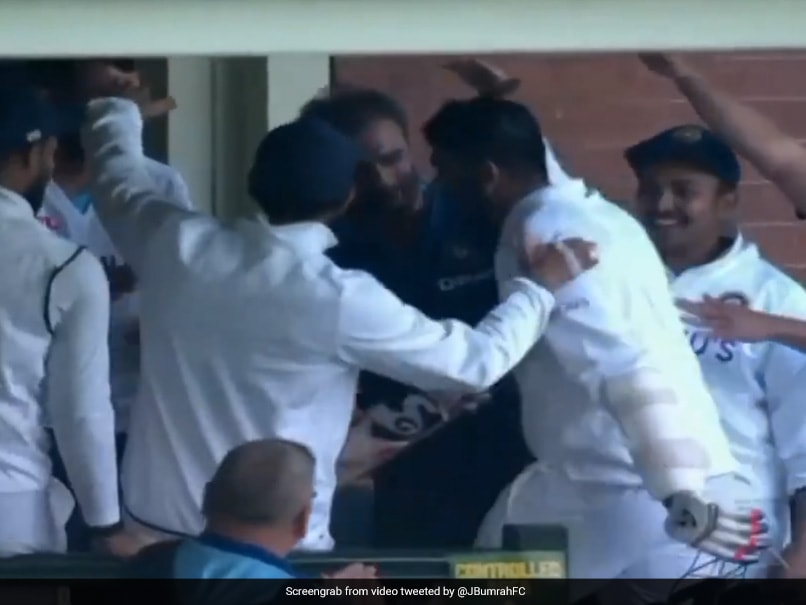 Jasprit Bumrah smashed his maiden first-class half-century in the ongoing practice match against Australia Aat the Sydney Cricket Ground on Friday. India were in trouble at one stage after losing nine wickets for just 123 runs on the board but Bumrah along with Mohammed Siraj put on a 71-run stand for the final wicket to lift the team total to 194. When the visitors' innings ended, Bumrah received a 'guard of honour' from his teammates as he made his way back to the dressing room.

Here is the video of Bumrah receiving guard of honour:

In the second practice game, which is being played with pink ball, Ajinkya Rahanewon the toss and opted to bat in Sydney.

India got off to a poor start as they lost Mayank Agarwal in the third over.

Prithvi Shaw and Shubman Gill then put on 63 runs for the second wicket.

Shaw smashed 40 runs off just 29 deliveries in an innings studded with eight boundaries.

The middle-order failed to get going against the swinging pink ball as Rahane, Wriddhiman Sahaand Rishabh Pant all fell for single-digit scores.

Bumrah saved the day with the bat, remaining unbeaten on 55. He smashed six boundaries and a couple of maximums.

Bumrah also picked up a wicket in his first over on Day 1 of the second practice game.

Australia A were 36-1 in 10.4 overs before rain stopped play in Sydney. They still trail India by 158 runs.

Ajinkya Rahane Mohammed Siraj Australia vs India 2020-21 Cricket
Get the latest updates on ICC T20 Worldcup 2022, check out the Schedule and Live Score. Like us on Facebook or follow us on Twitter for more sports updates. You can also download the NDTV Cricket app for Android or iOS.