India vs Australia: Mitchell Starc has been Australia's most expensive bowler in the opening two ODIs against India, conceding a combined 147 runs for just one wicket. 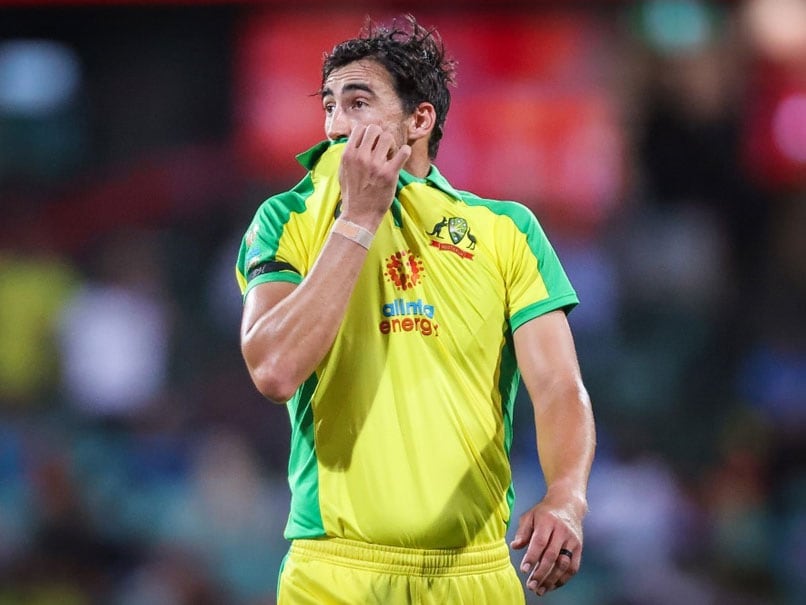 Australia's limited-overs captain Aaron Finch played down pace spearhead Mitchell Starc's poor form Tuesday, attributing his struggles to the quality of India's batsmen. The left-arm paceman has been Australia's most expensive bowler in the opening two one-dayers against Virat Kohli's men, conceding a combined 147 runs for just one wicket. Finch conceded Starc "hasn't been at his very best" but predicted the 30-year-old would improve as India's tour continues. "There's definitely no panic stations from my point of view... it's just a matter of time," he told reporters in a conference call.

"You have to understand his standards are a lot higher than what you expect from most other people because of how dominant he's been over the last eight or nine years, especially in the white ball formats."

Finch said Starc's technique still looked good and he was working hard to improve his returns against India, who face Australia in the final one-day international in Canberra on Wednesday.

He said circumstances conspired to give Starc lacklustre figures in the opening two fixtures.

Australia posted huge totals on both occasions, forcing the touring batsmen to go after the bowlers on pitches that offered little to the pace attack.

"There's nowhere to hide in one-day cricket when you're playing on really flat wickets with quality opposition," Finch said.

"He'd love to be swinging the balls early on, but when you're defending big totals and playing against good players they're coming hard at you."

Finch was delighted at batsman Steve Smith's back-to-back centuries in the one-dayers and expected him to play a major role in the Test series against India.

"For someone like Smithy, once he's going he can be a hard man to stop regardless of conditions," he said.

"If he's confident in himself and is feeling good against a certain bowler, then that's definitely playing into his hands.

Aaron Finch Australia vs India 2020-21 Australia vs India, 3rd ODI Cricket
Get the latest updates on Fifa Worldcup 2022 and check out  Fifa World Cup Schedule, Stats and Live Cricket Score. Like us on Facebook or follow us on Twitter for more sports updates. You can also download the NDTV Cricket app for Android or iOS.