India's stand-in skipper in the recently-concluded Test series against Australia, Ajinkya Rahane received a grand welcome as he landed in Mumbai on Thursday. 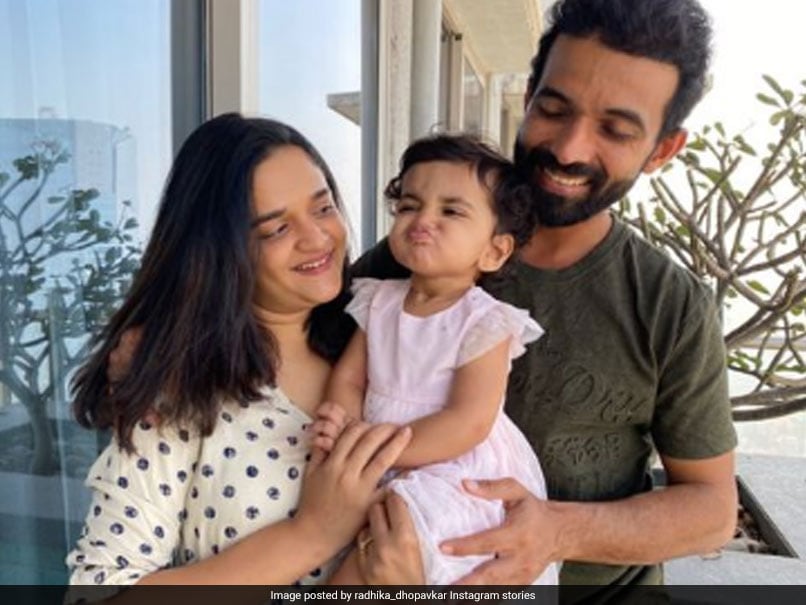 Ajinkya Rahane, who led Team India in the absence of regular skipper Virat Kohli in Australia, returned home on Thursday and received a grand welcome from fans. In a viral video that is doing the rounds on social media, Rahane, who arrived in Mumbai from Australia along with four other members of Team India earlier in the day, can be seen holding his daughter as fans shower flowers on the India batsman.

Watch the video of Rahane receiving grand welcome in Mumbai:

Skipper Ajinkya Rahane received a grand reception at his home in Mumbai. pic.twitter.com/2h3W0Khest

Rahane led Team India after the first Test of the four-match series in Australia as Virat Kohlicame back home on paternity leave.

Rahane was tasked to lift the mood in the camp after India were bundled out for 36 runs in the second innings of the Adelaide Test match.

The Mumbai-born led from the front in Melbourne and scored a fine century to guide India to victory and level the series at 1-1.

The visitors managed to secure a hard-fought draw in Sydney and then registered a famous win at the Gabba in Brisbane to win the series, 2-1.

In the fourth Test, Rahane scored a quick-fire 24 off 22 balls to set the tone for India's thrilling run chase as the visitors chased down 328 runs on Day 5.

Rahane earned praise for his leadership skills and for the way he led an inexperienced bowling attack against a full-strength Australian side that too in their own backyard.

Ajinkya Rahane Australia vs India 2020-21 Cricket
Get the latest updates on Olympics 2020, Olympics 2020 Medal Tally, Live Cricket Score . Like us on Facebook or follow us on Twitter for more sports updates. You can also download the NDTV Cricket app for Android or iOS.