India vs Australia, 3rd ODI: Virat Kohli was upbeat after India beat Australia by 13 runs in the third match of the ODI series and reduced the margin of loss to 2-1. 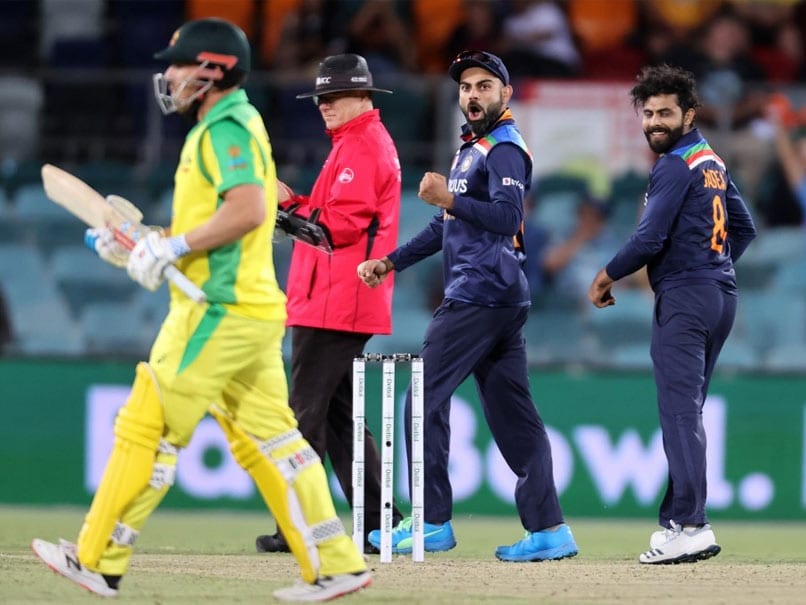 India captain Virat Kohli was happy that the team played with "heart and desire" in the third ODI against Australia in Canberra on Wednesday, despite the series already being decided in the host's favour after the second game. India successfully defended their total of 302 and beat Australia by 13 runs at the Manuka Oval. "We played with heart and desire, and that's what you need to do in Australia," the India captain said, while also praising the crucial partnership between Hardik Pandya and Ravindra Jadeja.

"It's particularly pleasing that we were under the pump for the first half of our innings, and second half of Australia's, and we fought back both times," Kohli said after the match.

"Playing international cricket for 13-14 years, you should be able to come back like we did," Kohli said.

India won the toss and chose to bat.

After the early wicket of Shikhar Dhawan, Kohli rebuilt for India along with Shubman Gill, who opened the batting in place of Mayank Agarwal.

After Gill fell for 33, Shreyas Iyer and KL Rahul were quick to follow, with both batsmen failing to make a mark.

Kohli carried on the fight with Hardik Pandya, but departed for 68, leaving India at 152/5. But Hardik Pandya and Ravindra Jadeja put on an unbeaten 152-run partnership to take India to 302/5 at the end of 50 overs.

"I would have liked to go on for a bit longer, but we had a great partnership between Hardik and Jadeja. It was exactly what the team needed to get that boost, even though we've lost the series," said Kohli, who also became the fastest to score 12,000 ODI runs.

"One guy making his debut, Shubman coming back, that brought us some freshness. I think the pitch was much better in terms of helping the bowlers, so obviously the confidence levels go up. We were able to put Australia under pressure because of that fact as well," Kohli said, about the change in conditions from Sydney as well as the changes in the Indian team.

Ravindra Jadeja Shubman Gill T Natarajan Shardul Thakur Cricket
Get the latest updates on ICC T20 Worldcup 2022 and CWG 2022 check out the Schedule, Live Score and Medals Tally. Like us on Facebook or follow us on Twitter for more sports updates. You can also download the NDTV Cricket app for Android or iOS.