Virat Kohli is eyeing a Test series victory over Australia, which starts December 6 at the Adelaide Oval. 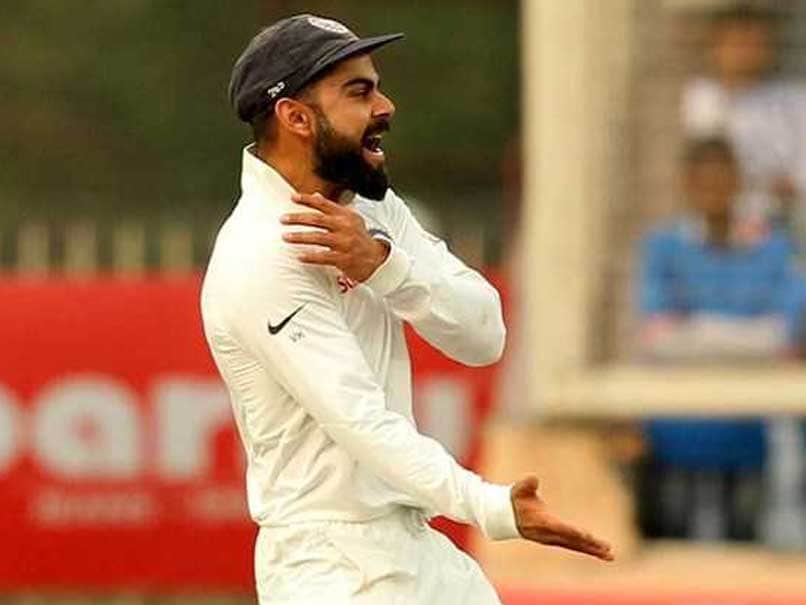 Virat Kohli's recent video from a practice session in Australia has unsettled the best of batsmen from across the globe. While former England batsmen Kevin Pietersen and Paul Collingwood went on to recall their good old days, South Africa bowling great Allan Donald was left flabbergasted with the Indian captain's batting skills. And England wicketkeeper-batsman Sam Billings had arguably the most bizarre reaction as he used the word "ridiculous" to express his astonishment at Kohli's batting prowess.

India will start the four-match Test series against Australia in Adelaide on Thursday. They have never won a Test series Down Under and captain Kohli seems in no mood to take the hosts lightly.

"I personally don't think any Australian side is vulnerable at home. They still have the skill to dominate at home. We're not taking anything for granted," Kohli said at the pre-match press conference.

"As a side, we're looking to correct the mistakes from the last two tours. The focus is completely on our side," he added.

On Tuesday, Kohli was spotted taking throw-downs at the nets in Adelaide. Cricket Australia released a video of the Indian run-machine in action, in which he middled almost every delivery with a crackling sound of the bat. The video went viral on social media within no time and both the fans and critics were seen in awe of King Kohli.

After watching the video, Allan Donald expressed his surprise saying: "You think his middling a few."

You think his middling a few

Paul Collingwood, who scored close to 10,000 international runs for England, started to reevaluate himself. "Don't think it used to sound like that off my bat," he said on Twitter.

Don't think it used to sound like that off my bat.... https://t.co/a9JnjEEvpC

Kevin Pietersen made the former England captain recall one of his innings, saying: "It did in Adelaide, Weed! 200 and what."

It was in a Test match against Australia in Adelaide in 2006, when Collingwood had scored a double hundred with Pietersen (158) in support from the other end.

Kevin Pietersen Allan Donald Paul Collingwood Australia vs India 2018/19 Cricket
Get the latest updates on IPL 2021, IPL Points Table , IPL Schedule 2021 , live score . Like us on Facebook or follow us on Twitter for more sports updates. You can also download the NDTV Cricket app for Android or iOS.