Virat Kohli is hoping to become the first Indian captain to win a Test series in Australia. 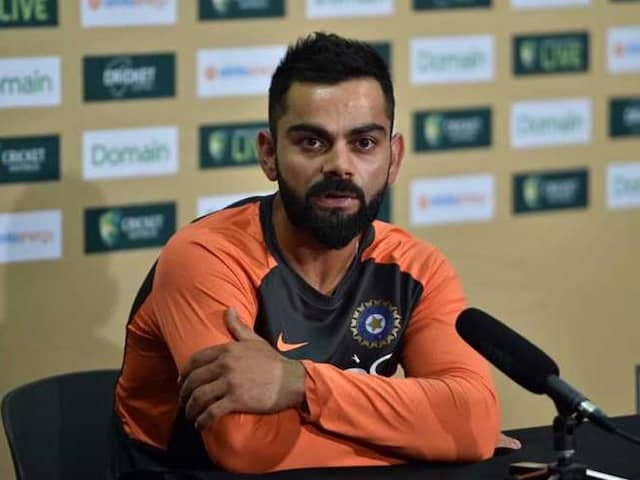 Team India skipper Virat Kohli talked down the suggestions that Australia are vulnerable after the ball-tampering scandal on the eve of the first Test to be played between the two countries at the Adelaide Oval starting Thursday. "I personally don't think any Australian side is vulnerable at home," Kohli said at his pre-match press conference. Australia will be without the services of batting powerhouses Steve Smith and David Warner, who remain banned for another four months. Without them, India are eyeing a golden opportunity to break their Test series drought on Australian soil. "You cannot take any side for granted. Whatever happened, the skill level is still there. However much you talk or behave, it's your skill that counts.

"They still have the skill to dominate at home. We're not taking anything for granted.

"As a side, we're looking to correct the mistakes from the last two tours. The focus is completely on our side."

Vijay, who was dropped following a pair in the second Test against England this year, won back his place after Prithvi Shaw was ruled out after suffering ankle ligament damage in the four-day warm-up game against Cricket Australia XI.

In the same match, Vijay hit a century and will face the new ball with KL Rahul.

India opted to hold back the naming of their final XI until the morning of the Test as they mull whether to play Hanuma Vihari or Rohit Sharma.

"The guys (bowlers) feel that they are at the peak of their skill levels at the moment and they are looking forward to this challenge," said Kohli.

"The bowlers are of the mindset that whatever the conditions or however hard it might be, they are just looking forward to performing."