Ajinkya Rahane believes Australia will depend on their bowling to challenge India. 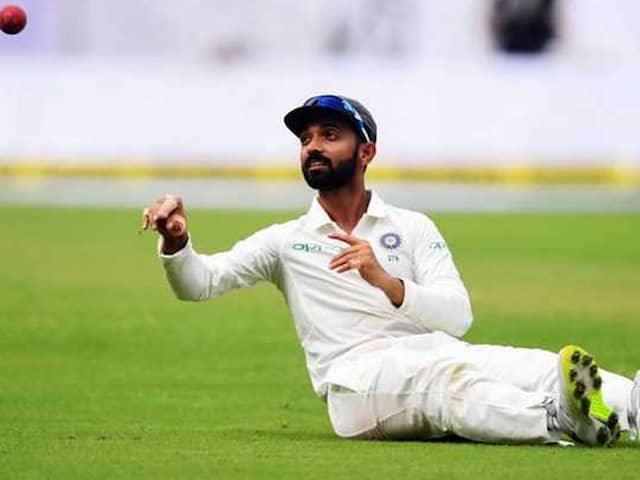 Ajinkya Rahane, India's Test team vice-captain, believes that the fifth-ranked Australian team will ride on their bowling strength to trouble the top-ranked Test team India and will be favourites to win the four-Test series despite missing the services of Steve Smith and David Warner. Australia's former captain-deputy pair of Smith and Warner are serving one-year bans for their involvement in the ball-tampering scandal in South Africa earlier in March this year. The gruelling series will start with the Adelaide Test on Thursday and many pundits have tipped India to end their 70-year wait and win first-ever Test series Down Under.

Rahane, however, was keen to throw the pressure of expectation back on the hosts when the much-anticipated series gets underway in Adelaide on Thursday and scoffed when he was asked whether Australia would be ripe for the picking.

"Not really," the India vice-captain told reporters at Adelaide Oval.

"I feel that any team that plays at home, they feel really good, and I feel that Australia are still the favourites to win the series.

"We are not going to take them lightly at all. Yes, they (will) miss Steve Smith and David Warner but I don't think they are vulnerable.

Although not quite reaching the heights of captain Virat Kohli's 692 runs, Rahane had a good tour the last time India visited Australia in 2014-15 with 399 runs at an average of 57.

India still lost the series 2-0, however, and the 30-year-old suggested the players had learned the importance of contributing to the team effort on that trip.

"When you do well as a team, you feel really good," he added.

"This is a team sport ... and it is the job of each and every bat to contribute for the team. And I think it's important that we get those long partnerships together, in Australia that will really help us a lot."

Rahane and Kohli did that in the Boxing Day test on the last tour, putting together a fourth-wicket stand of 262 in India's first innings with scores of 147 and 169 respectively while illustrating their different approaches to the game.

"Last time here, we really enjoyed batting together a lot, especially at the MCG," Rahane recalled.

"I was able to focus on my game, I still attacked but I was completely the opposite to Virat."

Ajinkya Rahane Australia vs India 2018/19 Cricket
Get the latest updates on IPL 2020, check out the IPL Schedule for 2020 and Indian Premier League (IPL) Cricket live score . Like us on Facebook or follow us on Twitter for more sports updates. You can also download the NDTV Cricket app for Android or iOS.