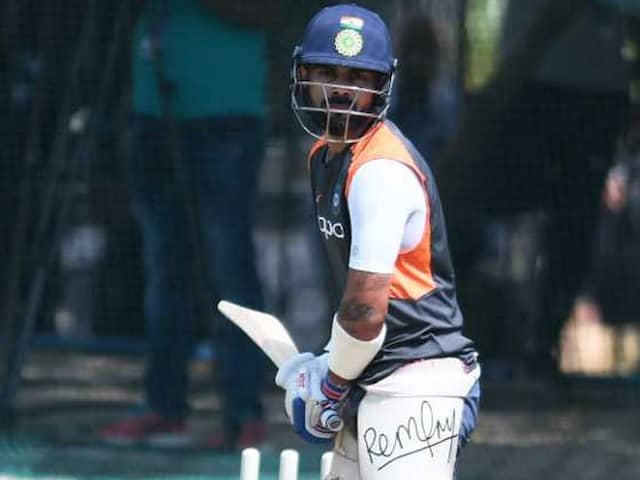 Virat Kohli looked in sublime touch in the nets ahead of the first Test against Australia.© AFP

Virat Kohli has been looking forward to playing in Australia ever since India last travelled Down Under back in 2014. The passion shows in the Indian skipper's training session, where he looks pumped up to take on the likes of Mitchell Starc, Josh Hazlewood and Nathan Lyon. With 992 Test runs (in Australia) under his belt, Kohli is looking forward to becoming the fourth Indian to get to 1,000 Test runs on Australian soil. The other three are Sachin Tendulkar, VVS Laxman and Rahul Dravid.

As the excitement takes centre-stage at the Adelaide Oval, Kohli was spotted taking throw-downs at the nets, and he seems to middle every delivery.

Here's a video posted by Cricket Australia on Twitter.

"You need to be switched on from ball one. Because if (Virat) Kohli has faced 20-odd balls and he has got more than 10-15 runs, he usually gets a significant score. And that is why it Is so crucial to impact early. There cannot be any warm-up deliveries against Kohli," Gillespie was quoted as saying by ESPNcricinfo.

Ponting had a sound piece of advice for Australian bowlers. "You have to be able to impose yourself on the game in a way other than using your mouth. You've got to use your actions and your skills and if they do that, then they can definitely unsettle him," Ponting told cricket.com.au in an interview.

After the Adelaide Test, India play the rest of the three matches against Australia in Perth, Melbourne and Sydney. The Test series will be followed by a three-match ODI series.