India A however got good scores from Prithvi Shaw, Mayank Agarwal and Hanuma Vihari. 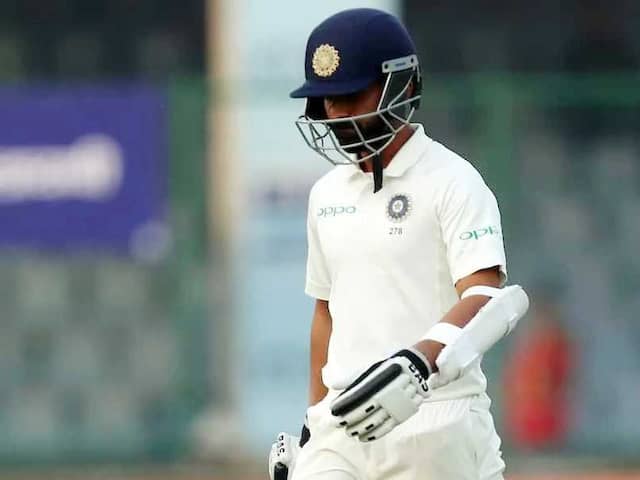 Ajinkya Rahane is leading India A in the first unofficial Test against New Zealand A.© BCCI

Test team vice-captain Ajinkya Rahane disappointed while leading the India A team as he lost his wicket cheaply on the first day of the first unofficial Test against New Zealand A at Mount Maunganui on Friday. Besides Rahane, Murali Vijay also failed to impress much with the willow. While Rahane was dismissed for 12 runs, Vijay managed to score just 28. However, fifties by Prithvi Shaw, Mayank Agarwal, Hanuma Vihari and wicketkeeper-batsman Parthiv Patel lifted India to a respectable total of 340/5 by the end of the day.

On their last tour of Australia in 2015-16, India had lost the five-match ODI series 1-4 and won the three-match T20I series 3-0. In the last edition of the Border-Gavaskar Trophy in 2014-15, India suffered a 0-2 defeat in the four-match Test series.

With the four-match Test series in Australia approaching, the team management had asked some of the senior players to play for India A to prepare for the gruelling tour.

India A coach Rahul Dravid opined that such A team tours will provide senior players a better chance to prepare for the international series ahead.

"It is really nice to be able to hold such tours just before the Indian team visits these countries. We are trying to have shadow tours. We did it in England and we could obviously not do it in Australia, but it is great to go to New Zealand instead," Dravid told bcci.tv in an interview.

"I think it will be a very good opportunity for some of the boys who are requested by the senior team management to be a part of the A tour. They will be able to gain some match-time experience even if the conditions are not going to be exactly the same or it is not like being in Australia," he added.

After three four-day Test matches, India A will play as many ODIs in New Zealand. The Test team is being led by Rahane in the first Test, while Karun Nair will captain the side in subsequent Test matches.

Parthiv Patel Prithvi Shaw Cricket
Get the latest Cricket news, check out the India cricket schedule, Cricket live score . Like us on Facebook or follow us on Twitter for more sports updates. You can also download the NDTV Cricket app for Android or iOS.