Hardik Pandya has been declared fit after he missed the first two Tests. 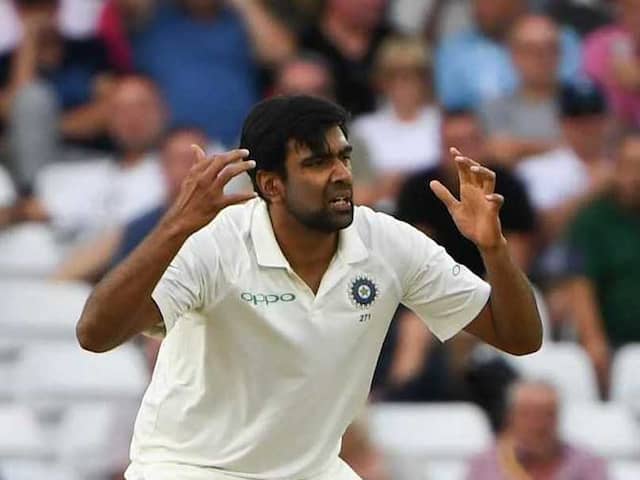 Ravindra Jadeja would be the most obvious replacement for R Ashwin at the MCG.© AFP

Ravichandran Ashwin remains an injury concern for India ahead of the Boxing Day Test against Australia starting in Melbourne on Wednesday. Ashwin was sidelined with an abdominal strain for the second Test in Perth as the hosts won by 146 runs to level the series 1-1. Team India head coach Ravi Shastri revealed that Ashwin is racing the clock to be ready for the crunch Boxing Day Test, where the stakes are high in the four-Test series. "As far as Ashwin is concerned, we are going to take a look and evaluate over the next 48 hours," Shastri was quoted as saying by cricket.com.au on Sunday.

Left-arm off-spinning all-rounder Ravindra Jadeja is also carrying a niggle, but Rohit Sharma, who also missed the second Test after hurting his lower back, is fit again.

"He has made a very good improvement but then again we have got to see how he pulls up tomorrow. But he looks good as of today," said Shastri.

Jadeja would be the most obvious replacement for Ashwin at the MCG but Shastri revealed that the 30-year-old all-rounder had needed an injection in his shoulder shortly after he arrived in Australia.

"When you look at Perth, we felt (Jadeja) was about 70-80 per cent fit and we didn't want to risk that in Perth," Shastri told reporters.

"He had taken an injection even in India but he played domestic cricket after that.

"He still felt stiff in the shoulder when he came here and he was injected again, and it takes time to settle.

"It took longer than we expected, hence we had to be careful.

"The last thing we wanted was someone breaking down after five or 10 overs and then we are stuck for players to pick for Melbourne or Sydney.

"We'll have to evaluate (his) fitness over a 24-hour period and take it one step from there, and also (evaluate) the conditions."

Hardik Pandya has been declared fit after he missed the first two Tests.

India are yet to win a Test series in Australia and they will be hoping to do it this time as Australia are without their batting powerhouses Steve Smith and David Warner.