Virat Kohli was involved in a verbal spat with rival skipper Tim Paine during the just-concluded Perth Test. 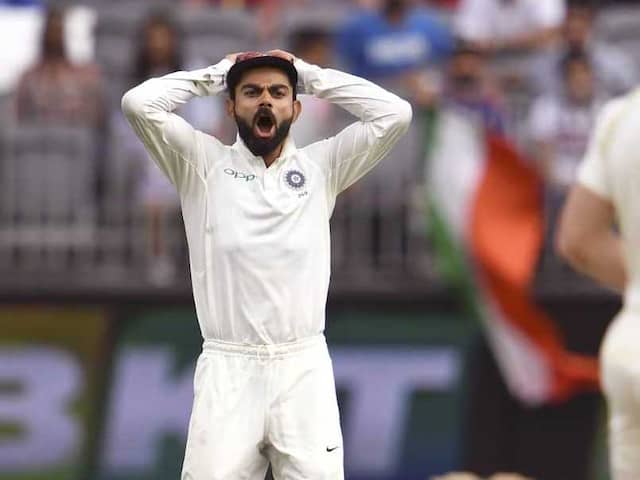 Virat Kohli did not spare the Australian cricketers and had a go at them.© AFP

Virat Kohli did not spare the Australian cricketers and had a go at them time and again in the just-concluded Perth Test, giving as good as he got. Barring his century in the first innings of the match, Kohli made the headlines for all the wrong reasons. He was involved in verbal spat with rival skipper Tim Paine to an extent that the on-field umpire had to intervene into the matter. However, cricket legend Viv Richards, in an interview to a cricket website, reckoned saying things that upset the opposition was part of sport. The former Windies captain also said that he thought Virat Kohli was the kind of player who likes to be in confrontations.

"When you say the wrong things, that's not good. There are times when you say things to upset the opposition, which is part of sport. But when you start getting personal, it's never good," Viv Richards told Cricbuzz.

"I don't know about sledging, but I love confrontation. And Virat looks like he loves to be in a confrontation," the 66-year-old added.

Among other incidents that happened involving Kohli, Paine was caught on stump mic, telling Murali Vijay that couldn't possibly like his skipper as a person.

The incident happened after the visitors went for a huge caught-behind appeal in the final over of the day.

Virat Kohli Tim Paine Cricket
Get the latest Cricket news, check out the India cricket schedule, Cricket live score . Like us on Facebook or follow us on Twitter for more sports updates. You can also download the NDTV Cricket app for Android or iOS.