India vs Australia: Tim Paine To Focus On Performance, Not Preserving Record Against India

India have already retained the Border-Gavaskar Trophy with an unbeatable 2-1 margin and will be seeking their first series win in Australia. 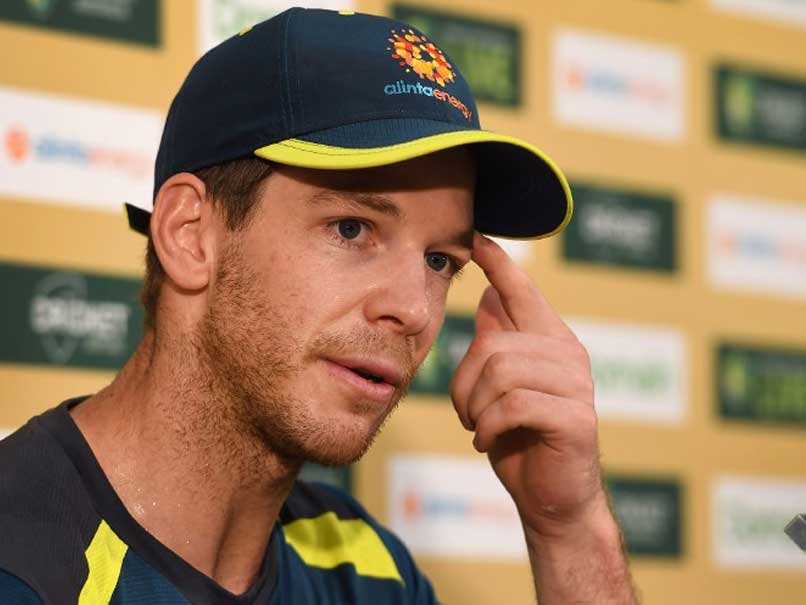 With the series perched at a 2-1 margin for India, Australian captain Tim Paine was at pains to stress that the side would be focussing on performance and not at preserving Australia's unbeaten Test series record against India. India have never won a Test series Down Under and Virat Kohli's team would be keen on sealing that at Sydney. Paine Wednesday said his "work-in-progress" team is unfazed by the prospect of losing a home Test series to India for the first time and will only be focussed on being competitive in the fourth Test here.

"My focus has been on us improving and us playing the best possible cricket we can. We want to win every Test we play. At times it's not possible. We're playing the best Test team in the world at the moment who are playing really well," Paine admitted in the pre-match press conference.

Australia lost the third Test by 137 runs in Melbourne.

"I haven't thought too much about losing the series, that's for sure...some guys will use different things to motivate them. My motivation is making sure we're improving, competitive at all times and put up a really good fight against India," he said.

Paine said Australia's inexperienced batting line-up failed to get going in Melbourne, but will slowly learn from mistakes. No Australian batsman has scored a hundred yet in this series and it is something the skipper hoped would be remedied in this final match.

"We are constantly a work in progress...as I said before, it is about trying to keep a bit of perspective, a reality about where we are at. I think we are showing signs of getting better," he said.

"I think in the last Test while our batters didn't set the world on fire, most guys got a start and showed that they can succeed at this level. So in this Test there is going to be a real focus from our batting group," he added.

He didn't make a direct mention of the ball-tampering bans of Steve Smith and David Warner, which will end in March, but Paine spoke of the experience that the side will have a few matches' time. He felt it would strengthen the team.

"We know we are not going to win too many Test matches without scoring hundreds and that's something that we have spoken about. It is something we are really keen to improve and address.

"The silver lining is that in a few Tests' time we have some world-class players available and we are going to have some younger guys with 8-10 Tests under their belt. So, it is going to be a great thing for Australian cricket," he said.

Australia are expected to make a couple of changes, with Aaron Finch making way for Usman Khawaja at the top and Peter Handscomb coming in for Mitchell Marsh. But the hosts haven't named their playing eleven for the first time in the series. Paine shrugged off suggestions that he could move up the order.

"We want to try and settle guys who we think will play long-term in their positions looking forward into the next series and then into the Ashes. But at the same time we've got to find the best eleven to win this Test as well, so it's a bit of a balancing act," he explained.

"I've had some discussions around that (promoting himself). It may happen, it may not, but I certainly haven't been setting the world on fire. I need to cash in on my starts as well so I'm no different to the other guys in our top six and I've just got to play my role," he added.

Speaking about the opposition, Paine expressed surprised that off-spinner R Ashwin might not be available for the fourth Test due to niggles. For Australia, leg-spin all-rounder Marnus Labuschagne might be set for a debut depending on the pitch conditions come Thursday morning.

"...I think some of our batters will be pretty happy to hear that news (of Ashwin probably missing out). But we know they've got some other spinners in their squad - Kuldeep Yadav is younger but has got some serious talent and Ravindra Jadeja did the job for them in Melbourne," he said.

"We'll have a quick look at the wicket again today and probably decide later on this afternoon. It is about team balance really.

"We'll be looking to pick the best eleven that we think is the best combination to win this Test. Obviously the wicket will play a part in that," he signed off.

Australia Cricket Team Tim Paine Australia vs India 2018/19 Cricket Australia vs India, 4th Test
Get the latest updates on ICC T20 Worldcup 2022 and CWG 2022 check out the Schedule, Live Score and Medals Tally. Like us on Facebook or follow us on Twitter for more sports updates. You can also download the NDTV Cricket app for Android or iOS.