In the 1st T20I vs Australia, Rishabh Pant scored 20 off 15 balls, a knock that comprised one boundary and a six. 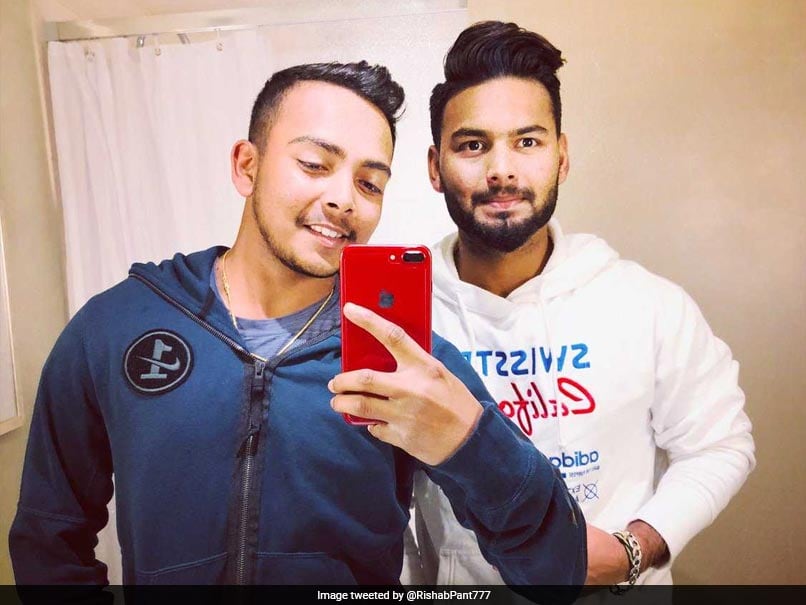 India wicketkeeper-batsman Rishabh Pant on Saturday faced heavy criticism for uploading a picture with Prithvi Shaw on his official Twitter handle. Flooding his comments section, seemingly irate users suggested he should concentrate on his game instead of uploading pictures. Some of them even went to the extent of blaming him for India's narrow loss to Australia in a rain-hit 1st T20I match at The Gabba in Brisbane. "We lost 1st match coz of u only", wrote a Twitter user on Pant's comment section, while one of the users said, "Photo session bandkaro. Match finish karneka trykaro (Stop your photo session and try finishing matches)".

My brother has the coolest brother... just saying @PrithviShaw pic.twitter.com/vCw6VH1VW3

After Australia put up 158/4 in a 17-over-a-side game, India were given a revised target of 174. India's chances were boosted by Shikhar Dhawan's 76 off 42 balls, but once he was dismissed, the onus was on Dinesh Karthik and Pant. However, the left-handed batsman departed in an attempt to play a cheeky shot.

Both of you play fearless cricket but there is just a small line of difference between fearless and senseless. #PlayResponsible #AwesomeChamps #Fearless

In the post-match conference, India captain Virat Kohli was of the opinion that Pant's departure tilted the decision in favour of the hosts.

"It was a close game, was a see-saw battle. Started well with the bat, fumbled in the middle overs, in the end, we thought we'll win with Pant and Karthik but it changed again with Pant's dismissal," Kohli said at the post-match presentation.

In the chase, India could only muster 169/7, courtesy a magnificent last over from Marcus Stoinis.

With the 2nd T20I abandoned due to incessant rainfall, India will be looking to win the third match on November 25 and level the three-match series before the start of the four-match Test series.

The last time India toured Down Under, they had won the three-match T20I series 3-0 under the captaincy of MS Dhoni.

Virat Kohli Australia vs India 2018/19 Cricket
Get the latest updates on ICC Women's Cricket World Cup 2022 and IPL 2022, check out the Schedule , Live Score and IPL Points Table. Like us on Facebook or follow us on Twitter for more sports updates. You can also download the NDTV Cricket app for Android or iOS.