Krunal Pandya said the T20I series was a competitive one and had it not been for the washed out game in Melbourne, India could have won the series. 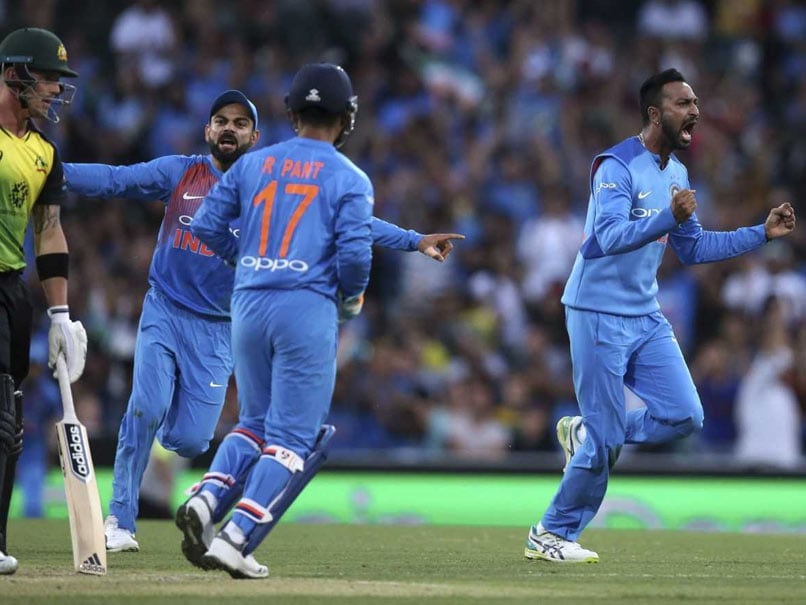 Krunal Pandya went for runs in India's opening T20I against Australia at Brisbane but came back strongly in the series decider to help India draw the three-match T20I series 1-1 on Sunday. Krunal Pandya, adjudged man of the match, said it was difficult to convince himself that he belongs to the big stage after the thrashing in Brisbane. Krunal further said that he was down and out after a poor showing in the first T20 and needed to set the record straight for a consistent showing at the international level.

Krunal registered career-best figures of 4/36 as he helped India restrict Australia to 164/4.

"It is very difficult when you play your first game in Australia and you get hammered for 53 from 4 overs. To come out of that was not easy. It took me a while to back myself much more, especially when you have hardly played any game at this level," he said at the post-match press conference.

"Giving away 50-plus runs in Brisbane was very tough for me and the next 24 hours were tough. I had to convince myself again. Whatever anyone says, it takes some time to set in. When I played the second game (in Melbourne), I was very clear with my plans what I have to do," Krunal said.

"When you come back like this, it is very satisfying. You had such a bad day and then against the same opponent you do well, it gives satisfaction, happiness and a surety that you belong to this level. You haven't played at this level and then you perform like this it gives you hope that you can play at this level."

"I was happy to overcome that because when you overcome such hurdles you are able to do well. Those were two drastic results for me," he said.

The left-arm spinner said the T20 series was a competitive one and had it not been for the washed out game in Melbourne, India could have won the series.

"We came here to win the series. The first game was very close. The second game was washed out, otherwise we could have won as 140 on that wicket was not that tough.

"It shows the team's character because this match was very important and it was important to level the series here. This team is known for its character. When the chips are down you give your 100 per cent," he said.

Australia Cricket Team Krunal Pandya Cricket Australia vs India 2018/19
Get the latest updates on ICC Women's Cricket World Cup 2022 and IPL 2022, check out the Schedule , Live Score and IPL Points Table. Like us on Facebook or follow us on Twitter for more sports updates. You can also download the NDTV Cricket app for Android or iOS.