Shaun and Mitchell Marsh will be key members of the depleted Australian squad when they take on India. 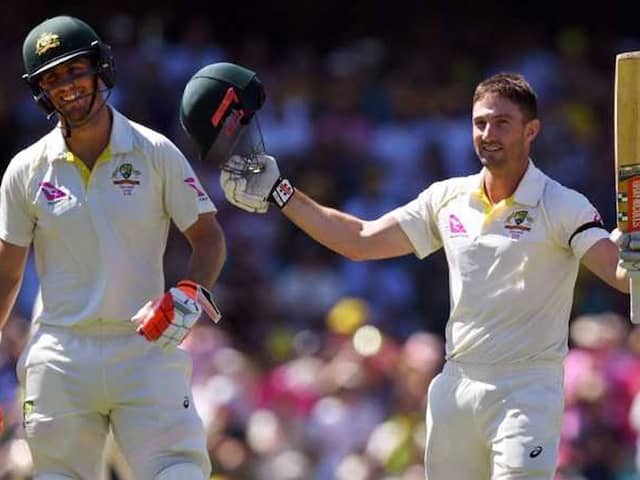 Australia coach Justin Langer expects brothers Shaun and Mitchell Marsh to continue their good run of form in the upcoming four-match Test series against India that begins on December 6 at Adelaide Oval. Langer has urged the veteran left-hander and his brother Mitchell to block out the public criticism and continue to score runs. "That noise we're talking about, you can't get distracted by it," Langer was quoted as saying by www.cricket.com.au. "Mental toughness and concentration is about letting go. Do your thing, enjoy what you're doing and when he (Marsh) does it, there's no better player in Australia.

"It does confuse me. He had a poor series against Pakistan and he'd be the first to admit that but around that he does so many good things.

"He's such a good player when he lets go and plays with that freedom he is a world-class player."

Shaun Marsh had a difficult time in the United Arab Emirates against Pakistan, when he scored 14 runs in four innings. He became a target of vicious public criticism but Shaun returned to form with an impressive ODI hundred against South Africa.

Speaking after his hundred against the Proteas in Hobart last Sunday, Marsh said taking a short break has been key to turning his recent fortunes around.

"It was nice to come home (from the UAE), I had a few days off and just got away from cricket for a few days," the Perth native said.

"I just wanted to come back and play with that freedom and I thought I did in that Shield game. Moving forward, I've just got to keep trying to bat like that.

"It was a disappointing tour for me, so I just wanted to come home and recharge the batteries and it's worked well for me."

Shaun's brother Mitchell also saw his Test batting average dropped to 26 after a disappointing series in the UAE.

Mitchell also responded in style, scoring 151 in the JLT Sheffield Shield last week and Langer said the all-rounder needed to simply focus on his task on the field.

"Mitch had a poor series against Pakistan, not a great series against South Africa but his first-class cricket in recent times is as good as anyone," Langer said.

"They're both very talented players and both very good young men so let's just hope they continue their good form and we see a lot more of them."

Shaun Marsh Australia vs India 2018/19 Cricket
Get the latest Cricket news, check out the India cricket schedule, Cricket live score . Like us on Facebook or follow us on Twitter for more sports updates. You can also download the NDTV Cricket app for Android or iOS.