India vs Australia: Five Player Face-Offs To Look Forward To Down Under

India start the Australian tour with the first Test at the Adelaide Oval on December 6. 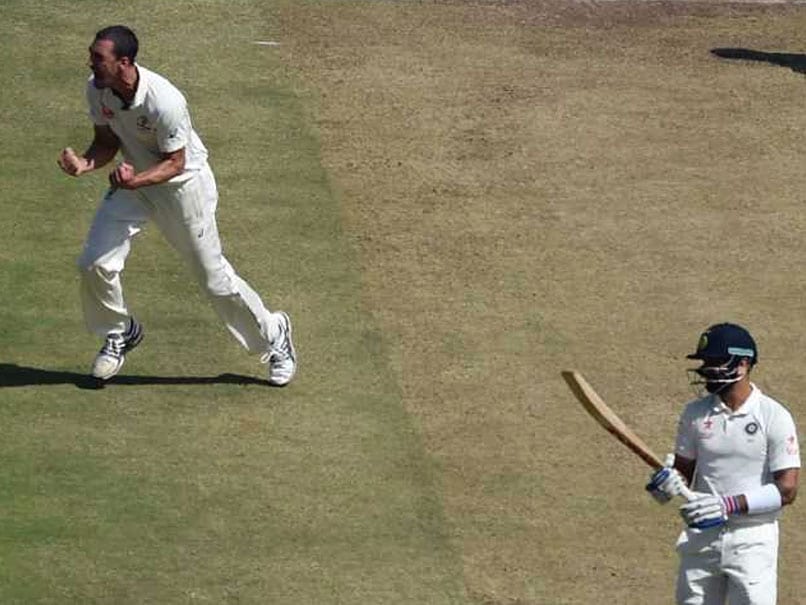 The India vs Australia Test series will get underway on December 6 at the Adelaide Oval and most coffee tables are abuzz with discussions on cricketing strategy, playing conditions Down Under and the steep challenge that facing Australia in their own backyard always is. The focus of Test cricket lovers will remain on India and Australia until the first week of January. Apart from the on-field sledging and press conferences with unforeseen flare-ups, people's eyes will also be on on-pitch battles that form the epicentre of a Test series between two top teams.

Here's a list of player face-offs we are looking forward to with bated breath.

With Mitchell Johnson no longer there to rub Virat Kohli the wrong way, the onus of tackling the Indian skipper falls on Mitchell Starc, whose name is taken with a tinge of admiration when genuine fast bowlers are discussed. Starc hasn't had great outings of late, which involves a recent Test series versus Pakistan in the UAE. But when it comes to playing in Australian conditions, Starc can leave many dumbfounded by extracting extra bounce and being faster through the air. Kohli, obviously, is riding on the back of a stupendous run against South Africa, England and West Indies.

Cheteshwar Pujara will ideally walk out to bat when the ball will be old enough for Australia to bring on the spinners. The responsibility to see through the Nathan Lyon threat will be on the middle-order batsmen, primarily Pujara and Ajika Rahane. With Pujara being India's most trusted batsman in Test cricket, fans must keep their eyes peeled on how patient Pujara can be with Lyon, who has the ability to spin the ball square.

Good news for India is that Murali Vijay had hit a purple patch in the recently-concluded tour match against a Cricket Australia XI. That somewhat settles India's opening woes, especially after Prithvi Shaw is sitting out with an ankle injury. Pat Cummins, with his pace, bounce and a solid Test economy of 2.92 will be the ideal candidate to test Vijay with the new ball. Not just Cummins, Vijay will also be tested by Josh Hazlewood, who bowls with a stiff line and length.

Not just Usman Khawaja, off-spinner Ravichandran Ashwin will be a test for most Australian left-handed batsmen. But the encounter boils down to the two of them as Khawaja is Australia's best bet in Test cricket. Ashwin too is India's most experienced spinner. Moreover, Khawaja has had a decent outing against Pakistan recently. So seeing through the Jasprit Bumrah-Mohammed Shami onslaught for opener Khawaja won't be enough.

Kuldeep Yadav started his Test career against Australia in February 2017. Although pitches in Australia aren't spin-friendly, Kuldeep going on to flummox Australian batsmen won't be much of a surprise. Especially Shaun Marsh, who has struggled with spin, especially during the recent Pakistan series in the UAE. Kuldeep will certainly have his eyes fixed on picking wickets in Australia batsmen who get cold feet while facing the slower bowlers.

Ravichandran Ashwin Australia vs India 2018/19 Cricket
Get the latest updates on IPL Auction 2023 and check out  IPL 2023 and Live Cricket Score. Like us on Facebook or follow us on Twitter for more sports updates. You can also download the NDTV Cricket app for Android or iOS.