Experienced Nathan Lyon has been preferred over Adam Zampa as the specialist spinner. 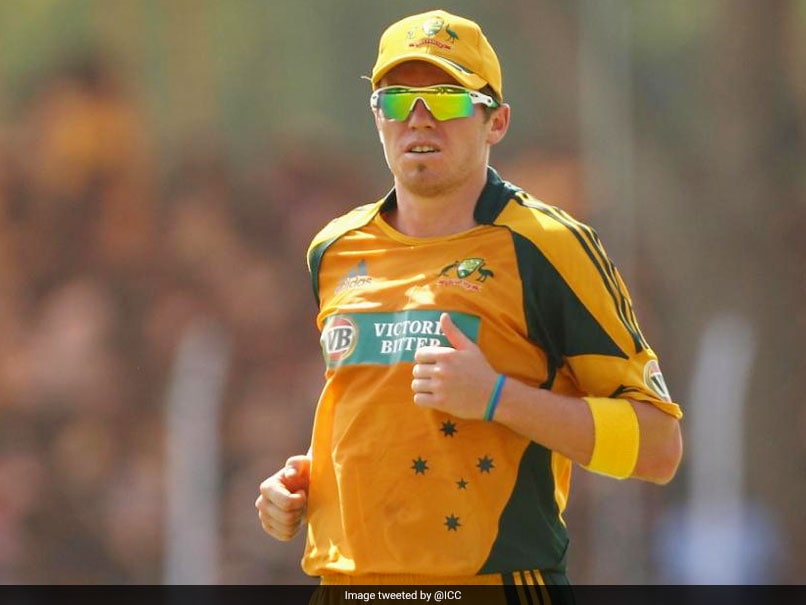 Peter Siddle is set to play his first ODI in over eight years.© Twitter: ICC

Australia's limited overs skipper Aaron Finch announced his playing XI for the first one-day international (ODI) against India to be played at the Sydney Cricket Ground on Saturday. Veteran Peter Siddle, who is set to play his first ODI in over eight years, will line up with Jhye Richardson and Jason Behrendorff to make up hosts' pace attack in Sydney. Experienced Nathan Lyon has been preferred over Adam Zampa as the specialist spinner. Glenn Maxwell and Marcus Stoinis occupy the all-rounders' slots.

"For Sidds to go away and work on the skills that he's brought to the table over the last couple of years in Big Bash cricket is outstanding," Aaron Finch was quoted as saying by cricket.com.au.

"He well and truly deserves his spot. Any tour you go on, Sidds is one of the first picked I would think for what he brings to the team and the skill set he brings."

Finch said that Zampa was unfortunate to miss out, but added that the management believed Lyon and Maxwell would have big roles to play in the lead up to the World Cup 2019.

"Adam's very stiff to miss out on a game tomorrow," Finch said while announcing the squad on Friday. "He's performed reasonably well for us in the last little bit since he's made his comeback.

"It's unfortunate for him to miss but we feel those two (Nathan Lyon and Glenn Maxwell) together could play a really big part over the next six to 10 months."

At the top of the order, Finch will open with Alex Carey, the wicketkeeper-batsman, with the likes of Usman Khawaja, Shaun Marsh and Peter Handscomb making up the rest of the batting line-up.

Finch was particularly excited about opening with Carey. "It's just an opportunity to see Alex play in a position he's done quite a bit in Big Bash and one-day cricket," said Finch.

"It's a position he's performed really well with in the last couple of years. He's been shuffled around the order a bit in the last little while ... and he'll get a good opportunity up there."

After the Sydney ODI on Saturday, the teams will travel to Adelaide and Melbourne for matches on 15 and 18 January.

Aaron Finch Peter Siddle Australia vs India 2018/19 Cricket Australia vs India, 1st ODI
Get the latest updates on ICC T20 Worldcup 2022 and CWG 2022 check out the Schedule, Live Score and Medals Tally. Like us on Facebook or follow us on Twitter for more sports updates. You can also download the NDTV Cricket app for Android or iOS.