South Africa captain Faf du Plessis opened up on why India will challenge Australia in the upcoming four-match Test series. 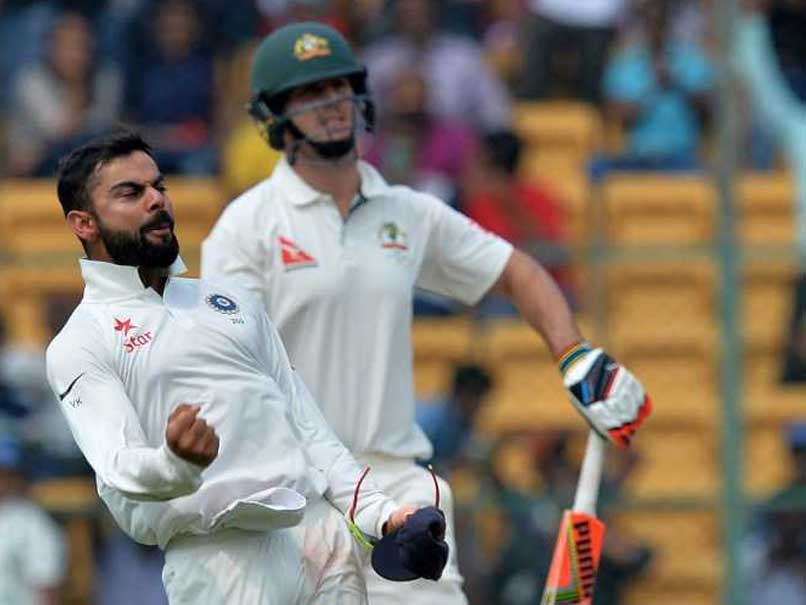 Faf du Plessis said that India had the pace attack to challenge teams around the world.© AFP

India vs Australia Test series is around the corner with the Adelaide Oval playing host to the first match starting December 6 (Thursday). India go into the series with the feeling that this is their best opportunity to beat the hosts on their own backyard. Virat Kohli's superlative form is one of the reasons behind India's confidence ahead of the first game. But current South Africa captain Faf du Plessis believes that "for the first time, India has a pace attack to challenge teams around the world".

"I think India would perhaps be the most confident they've been coming here because they would see there's an opportunity - (firstly) with the two main batters being out of the (Australia) side," du Plessis said in reference to the ongoing suspensions being served by Steve Smith and David Warner," Du Plessis was quoted as saying by cricket.com.au.

"But also for the first time I think India has a pace attack to challenge teams around the world, or away from their own conditions.

The South African skipper said that while spinners were India's main reason for rolling teams over at home, they now had the firepower in the fast bowling department to challenge teams like South Africa, Australia and England in their conditions.

"They are extremely tough to beat at home because their pitches spin square and they've got unbelievable spinners, and a lot of them, so they can play three or four spinners and just bowl spin all day.

"But what I find with them now is, for the first time, they've got three or four seamers in their squad that can bowl 140(kph)-plus and are very good bowlers.

"Obviously when you come to conditions like South Africa, Australia, England, you need pace bowlers and in the past they might have had one or two, but now they've got three or four.

"It's important, though, that their seam bowlers need to be fit.

"In England, they had two of those seam bowlers who were injured so I think if that happened, then Australia would be massive favourites.

"But if they come with a fully fit pace attack, I think it will be a fifty-fifty split."

Despite believing that India will give Australia a run for their money, the 34-year-old South African still backed the hosts to win the series.

"It's going to be an interesting Test series, and if Virat (Kohli) scores runs - and we know Virat always scores runs - India will do well.

"But I'd probably go with Australia, just in terms of history against India."