Steve Smith and David Warner are being quietly eased back into the fold to help their bowlers combat Virat Kohli. 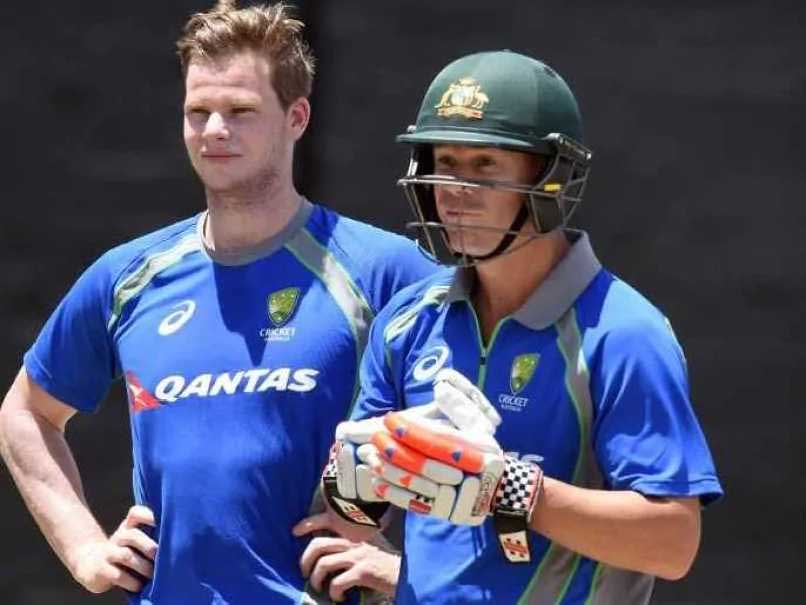 Australia have enlisted the help of Steve Smith and David Warner to counter Virat Kohli.© AFP

Australia will not have the services of Steve Smith and David Warner to fall back on during the upcoming four-match Test series against India but the banned duo are doing all they can to get the Australian bowlers in full readiness to counter the threat posed by India skipper Virat Kohli. Smith and Warner, former captain and vice-captain of the Australian team, respectively, were banned for 12 months for their role in the infamous ball-tampering controversy in South Africa. Last week, Cricket Australia decided against reducing the punishment given to Smith, Warner and Cameron Bancroft, meaning the disgraced trio will serve the full term of their bans.

India are currently in Australia and are being led by run-machine Virat Kohli with many former cricketers and pundits viewing the current tour as the best chance for the visitors to win a Test series Down Under.

Kohli's prowess with the bat was there for all to see as the Indian captain hit an unbeaten 61 to guide India to a six-wicket win over the hosts in the final T20I that helped the visitors draw the three-match T20I series 1-1.

The loss in Sydney was yet another poor outing for the Aussies, who without Smith and Warner have been dire in the past few months.

With another stern test in the form of Kohli, Rohit Sharma and Shikhar Dhawan in the upcoming Test series, which starts in Adelaide on December 6. Smith and Warner have been enlisted to help the pace attack prepare.

Warner was welcomed back on Sunday, spotted in the Sydney Cricket Ground nets facing Josh Hazlewood and Pat Cummins with coach Justin Langer intently watching on in the umpire's position.

According to The Australian newspaper, he was also invited into the dressing room ahead of the team's T20I defeat to India on Sunday evening, where a masterful Kohli was in prolific touch.

Fellow pace spearhead Mitchell Starc said Smith had also been asked to help the bowlers get ready this week.

"There's talking to bowling coaches then there's talking to the guys you're bowling to. That's a great opportunity to have him face us in our preparation leading up to the Tests," Starc told the Sydney Morning Herald Monday.

"It'll be great to bowl to him (Smith) in the nets. He's one of the best in the world, to even get his thoughts on how we're tracking will always be good for us."

Both Smith and Warner have been training with their New South Wales team while playing club cricket as they work their way back to fitness and wait for their bans to expire.

Virat Kohli Australia vs India 2018/19 Cricket
Get the latest updates on ICC Women's Cricket World Cup 2022 and IPL 2022, check out the Schedule , Live Score and IPL Points Table. Like us on Facebook or follow us on Twitter for more sports updates. You can also download the NDTV Cricket app for Android or iOS.