"Virat Kohli Going To Be The Difference Between India And Australia Down Under," Says Michael Vaughan

Before the series, Michael Vaughan had said that Virat Kohli will reign supreme in Australia. 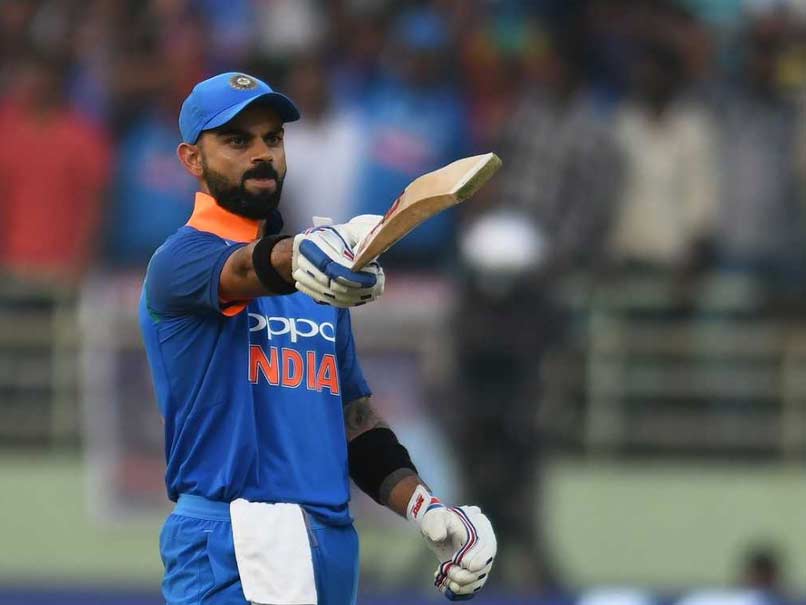 Former England skipper Michael Vaughan has time and again took to Twitter to share his opinions about cricketers and their performances. Before the start of the series Down Under, Michael Vaughan had said that the Indian skipper Virat Kohli will reign supreme in Australia. He maintained the same after Kohli played a match-winning knock in the third and final Twenty20 International (T20I) and tweeted, "You get the feeling, Virat Kohli is going to be the difference between the two teams over the next few weeks."

You get the feeling @imVkohli is going to be the difference between the 2 teams over the new few weeks ..... #AusvInd

Later, the 30-year-old Kohli later in the post-match interview was all praises for openers Shikhar Dhawan and Rohit Sharma. He also said that his side were better on the day.

For Australia, spin twins Adam Zampa and Glenn Maxwell were the most economical bowlers during the final T20I, and Kohli also lauded their individual efforts which went in-vain.

"Things become pretty easy when those two (Shikhar and Rohit) guys do the job for us. We thought the wicket slowed down with the old ball. That's how T20 cricket goes. You lose momentum, you gain it. DK did really well at the end. Maxi and Zampa both bowled well, especially Maxi who has a gut feel of the batsmen," Kohli said.

"Overall, skill wise, we were better on the day than Australia. When our openers get into the zone they're difficult to stop," he added.

Following the Test series, Australia will host India for a three-match One-Day International series which will conclude on January 18, 2019.