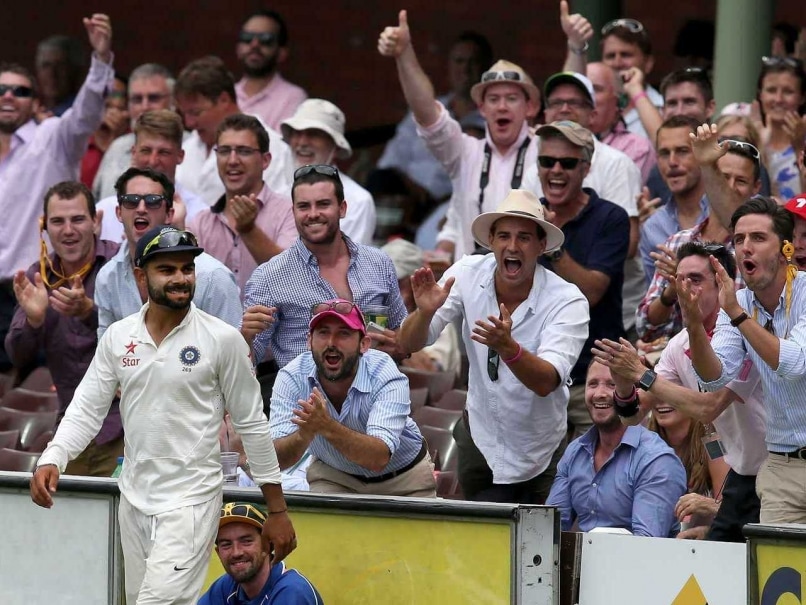 Virat Kohli in action during the Sydney Test.© AP
Sydney:

Despite losing the series 0-2 to Australia, India skipper Virat Kohli said the team performed well and gave a tough fight to the hosts in all the four Tests. (Match report | Day 5 Highlights | Scorecard)

"It has been a hard fought series. We wanted to play hard cricket, give a fight, and that is what the boys have done. In Adelaide, and even today we thought we had a chance, but Australia kept coming back," said Kohli after India salvaged a draw on the final day of the fourth Test here on Saturday. (Related: I hate to lose, cricket's all about commanding respect, says Kohli)

Though India lost the series they were never outplayed and were competitive. A couple of bad sessions, however, made cost them dear in the first two Tests in Adelaide and Brisbane. (Also read: Kohli scores runs by the dozen as Aussies fail to tame his batting)

Kohli, who scored four centuries in the series, also lauded the Australian side on how they recuperated from the tragic death of batsman Phillip Hughes in November and came out to win the Border-Gavaskar Trophy.

"The way they have composed themselves after the (Hughes) incident and come out is commendable," said the Delhi batsman, who became the first player to score three hundreds in his first three innings as captain.

India looked well on course for the target in the last session on Saturday at 178 for two, chasing a target of 349 runs with Kohli and opener Murali Vijay at the crease.

However, a flurry of wickets ended any chance and in the end the tailenders had to save the match and be satisfied with a draw.

"At tea time, I was not 100 percent sure if we wanted to go for the target. After Vijay got out, I thought why not take a chance, we are not coming back here for a while, if it does not happen it does not," added the 26-year-old.

"The intent and character the side is showing is important. These guys have stepped up and shown they have the character and game at the international level, (Lokesh) Rahul especially after the kind of debut he had. It is tough in Australia, I have experienced that before."

Comments
Topics mentioned in this article
India Cricket Team Australia Cricket Team Aus vs Ind, 2014-15 Virat Kohli Cricket
Get the latest updates on Fifa Worldcup 2022 and check out  Fifa World Cup Schedule, Stats and Live Cricket Score. Like us on Facebook or follow us on Twitter for more sports updates. You can also download the NDTV Cricket app for Android or iOS.