While he won't play the first Test against Australia due to an injury, Mahendra Singh Dhoni is looking to restock his arsenal and went to Meerut to look for new bats. 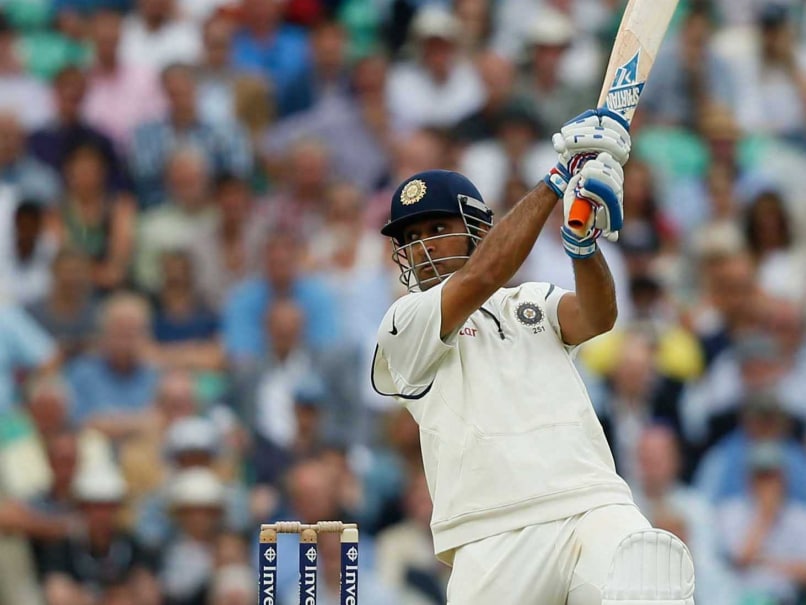 Bat, the weapon of choice! Mahendra Singh Dhoni is expected to join Team India for the 2nd Test against the Aussies and is likely to wield a new bat.© AP
Meerut:

Recuperating from his thumb injury, Mahendra Singh Dhoni is making himself battle-ready for the upcoming tour of Australia and the Indian skipper was seen spending long hours selecting bats.

Dhoni, who missed the five-match ODI series against Sri Lanka has also been ruled out of the first Test in Brisbane starting December 4. He is expected to take the field in the second Test in Adelaide on December 12.

In the meantime, Dhoni made a quiet trip to the city-based cricket company and reportedly spent five hours to select the right bats for the bouncy Australian tracks.

According to reliable sources, Dhoni selected six bats of 1260 grams each for the trip Down Under.

The workers in the company revealed that Dhoni was particular not only about the shape of the bat but also got the stroke of the wood according to his preference.

Head of Sareen Sports Industries (SS), Jatin Sareen said that Dhoni's visit was personal and that is the reason the Indian skipper did not meet the media.

Dhoni wanted to keep his visit to the city a secret and the company head, where the batsman got his bats prepared, did confirm the skipper's presence to PTI Bhasha but refused to give away anything else as directed by him.

Interestingly, Dhoni had visited the city back in 2011 to select bats with his wife Sakshi. Sareen said Dhoni was not the only cricketer to get his bats made in the city as Virender Sehwag, Yuvraj Singh and former captains Kapil Dev and Rahul Dravid also preferred to get their equipment made here.

Apart from Indian players, former Australian skipper Ricky Ponting had also driven down to the sports city to get some of his bats.

Comments
Topics mentioned in this article
India Cricket Team Australia Cricket Team MS Dhoni Australia vs India 2011-12 Cricket Aus vs Ind, 2014-15
Get the latest updates on India vs England Series, India vs England , live score and IPL 2021 Auction . Like us on Facebook or follow us on Twitter for more sports updates. You can also download the NDTV Cricket app for Android or iOS.